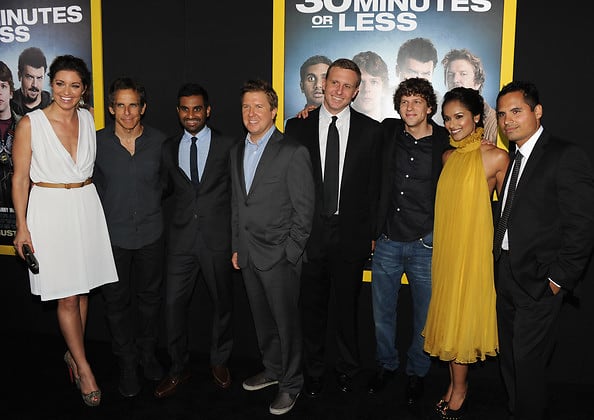 [Bianca Kajlich, Ben Stiller, Aziz Ansari, Nick Swardson, Ruben Fleischer, Jesse Eisenberg, Dilshad Vadsaria, Michael Pena photo via] Hollywood was en fuego this week with movie premieres pretty much every night. Unfortunately, this also meant celebrities had even more opportunities than usual to choose the wrong thing to wear and have their fashion mishaps broadcast for all the world to see. And I'm not sure if stylists had the week off or Mercury is in retrograde or what but, man, did they deliver. The fug was brought in copious amounts that we actually had to narrow the bad ones down. Let's put it this way: the best dressed person at any of the premieres this week is an eight-year-old. So without further ado, here are the best and worst dressed of this week's Hollywood movie premieres.