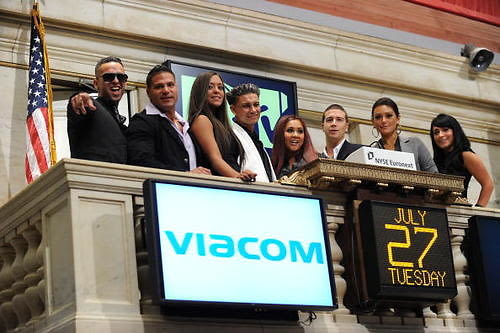 [Photo via] Get ready for your weekly dose of the booze-infused, grammatically challenged, bedazzeled gang that left America hungry for more because "Jersey Shore" is finally back tomorrow night with a new season! It's about time MTV hit us with it, we were starting to experience Ed Hardy and pouf withdrawal. But while we spent the last six months salivating for the new season, the guidos and guidettes were busy playing entrepreneurs and expanding their GTL empire. So far, JWoww has her Filthy Couture clothing line, The Situation has a workout video AND dietary supplement, and there's even a "Jersey Shore" Facebook game and iPhone app! So what's next for these business savvy, fist-pumping icons of the (Italian) American Dream? We have some predictions...

[Photo via] Snooki's Pickles: The mini guidette eats her pickles with panache and while it may be wildly inappropriate for some, (get your head out of the gutter!) we predict that if she established a pickle empire she could tear down the competition from the likes of Vlassic and Claussen's and put them to shame. 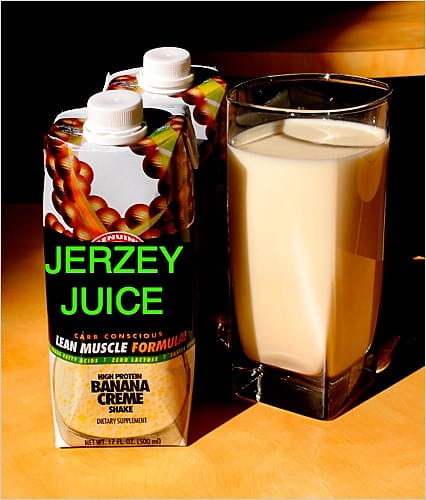 [Photo via] Jerzey Juice: When you GTL so much that you coin your own phrase, it's kind of necessary to have your own shake. If you want The Situation's six-pack and Ronnie's guns, follow up your workout with some nutritious sustenance. You won't stand a chance at scoring a catch like Snooki unless you achieve Gorilla status. The shake would no doubt have all the right vitamins for you to have that thick, lustrous head of hair like Pauly D's prime for his signature coif.

Pauly D Hair Product: Speaking of that glorious blowout, a Pauly D hair spray is definitely in order. Millions have tried to get that same crispiness, height and wind-resistance like the Italian stallion's 'do but without much success. A product formulated by the guido himself is the only logical answer to attaining the integrity and stiffness of the style.

[Photo via] Beat Up That Beat For Nintendo Wii: How hard can you beat up that beat? This game will not only teach you the moves, but let you battle it out for the best moves and fist pumps.  Bonus points for cartwheels and back flips in a miniskirt.  Clear out the coffee table and furniture when playing 'cause it's gonna get wild!