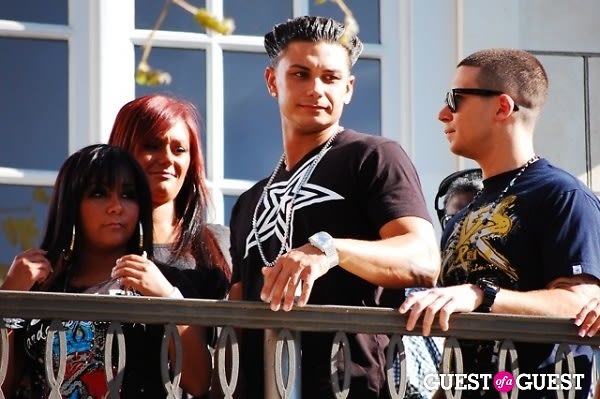 Go HERE for more photos by Kulumi Kato of the cast at The Grove!

Our favorite guidos and guidettes continued their L.A. tour with a trip to The Grove this morning looking coiffed and greased as ever. Pauly D was having a particularly awesome hair day with the sunlight bouncing from the shellac of his perfectly molded 'do. 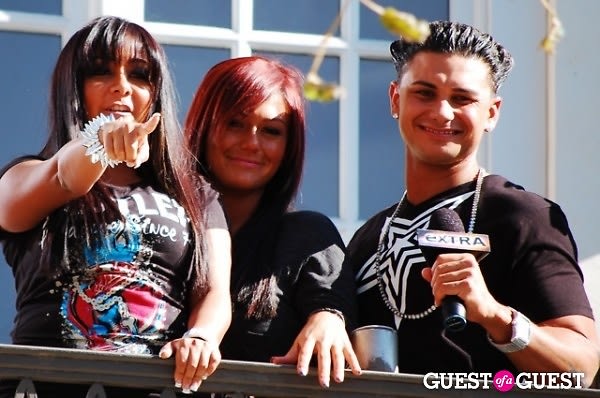 The cast came into town for the VMAs and has been making the rounds since their arrival, popping up at all the weekend's parties and events. However, today's visit to The Grove wasn't just for pleasure but to film a segment with Mario Lopez for "Extra".  By the way, Mario, if you're reading this, we suggest you watch out and stay on your A-game because Pauly D looks phenomenal with that mic. Just saying. 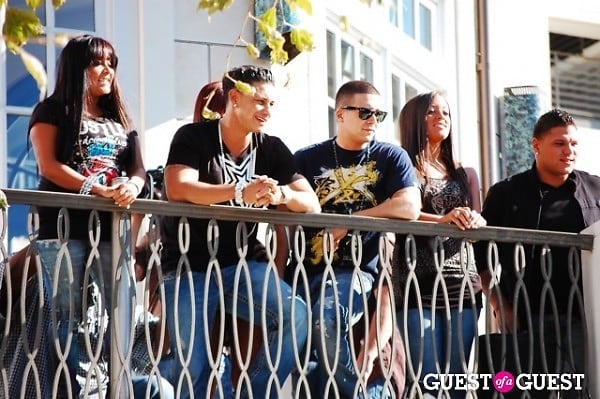 Despite our delight in having the "Jersey Shore" stars grace our local "mall," the cast was missing one crucial, and arguably most important, member, Mike "The Situation" Sorrentino. Don't get us wrong, we love Shnooks, Pauly, Vinny, Sammi not so much, JWoww, and even shithead Ronnie, but having a cast appearance sans The Sitch is blasphemy! We're not sure where that silly guido was today or why he would miss such an important appearance as this but we hope it was worth it.

Maybe he was across the street checking out his potential new digs at Park La Brea?