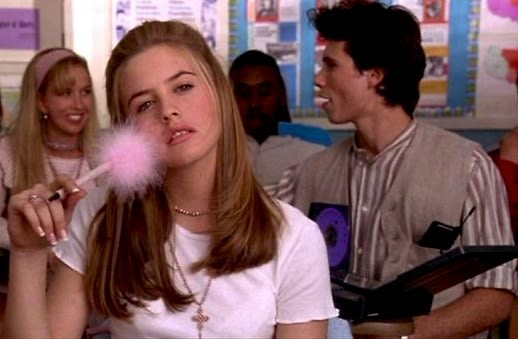 Say, Ambular? How many jokes from Clueless do you get now that were totally over your head when you first saw it as a kid?  In 1995, America fell in love with Cher even though she was a virgin who couldn't drive and pop culture owes many a catchphrase, hand gesture and tragic fashion trend to the film. Although on the surface a chick flick, it's actually a surprisingly clever and hilarious parody of L.A. teens based loosely off of Jane Austen's Emma. Set in Beverly Hills, many of the movie's references and situations hold a special significance for Angelenos. Even transplants who have watched Clueless since relocating to L.A. will tell you they have a new-found appreciation for certain lines and jokes they can now personally relate to, especially the scene where Dionne accidentally takes an entrance onto the freeway.

In honor of our upcoming screening of the movie at Umami Burger's 'Dinner and a Movie Night' (which you're all coming to, right?), we've gone through and picked out our favorite Clueless L.A. references and quotes to brush you up on those special moments and give the L.A. brat in you a good chuckle. Enjoy!

Cher: Isn't my house classic? The columns date all the way back to 1972. 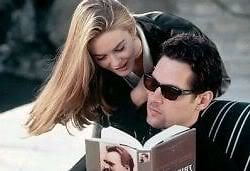 Josh: Actually, I'm going to a TreePeople meeting. We might get Marky Mark to plant a celebrity tree. Cher: Oh how fabulous. Getting Marky Mark to take time from his busy pants dropping schedule to plant trees.

Maybe you've been there or gazed at it while sitting in traffic at the Mulholland-Coldwater intersection. Or actually do know of a celebrity who has planted a tree for them. If you were raised in L.A., there's a good chance you took an elementary school field trip to the TreePeople, where had your first encounter with Birkenstocks. [Photo via]

Josh: You want to practice parking? Cher: What's the point? Everywhere you go has valet.

L.A. drivers can't park for shit, and it's for this very reason.

Cher: Looks like we're gonna have to make a cameo at the Val party.

For westsiders and snobs, a dip into the valley, or going "over the hill" is a big deal even though it probably takes longer to get from West Hollywood to Santa Monica. 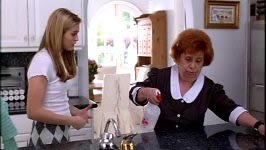 Cher: Lucy, the fire department called again. They said we need to clear out that brush. You said you'd get Jose to do it. Lucy: He your gardener, why you no tell him? Cher: Lucy, you know I don't speak Mexican. Lucy: I NOT A MEXICAN. Lucy: [storms off] Cher: Great, what was that all about? Josh: Lucy's from El Salvador. Cher: So? Josh: So, it's an entirely different country. Cher: What does that matter? Josh: You get upset if someone thinks you live below Sunset!

One of our personal favorites, this loaded scene is funny on several levels: 1) the issue of clearing brush 2) dealing with gardeners 3) Lucy's attitude 4) the fact that Cher refers to "Mexican" as a language, which is something you or someone you're close to has done at least once so far this week 5) if you're from L.A. you likely grew up thinking "Hispanic" and "Mexican" were interchangeable 6) you or someone you know does actually take offense if someone mistakenly suggests they live below Sunset. [Photo via]

Cher: I felt impotent and out of control. Which I really, really hate. I had to find sanctuary in a place where I could gather my thoughts and regain my strength...

Cut to a frame of the old Westside Pavilion on Pico... 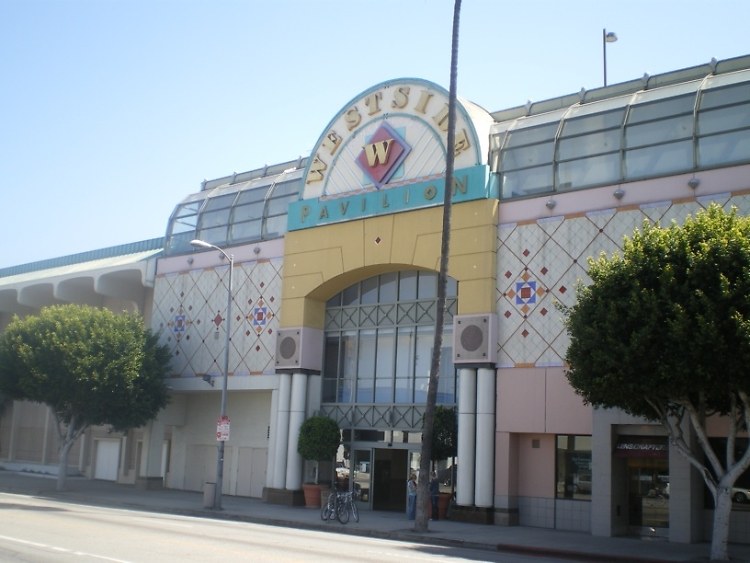 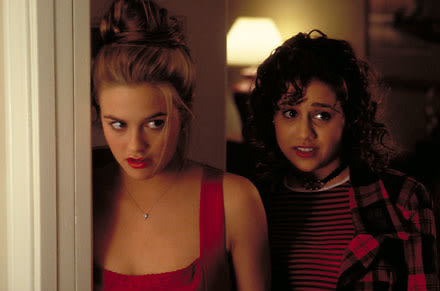 Mel: Where are you? Cher: I'm just having a snack at my girlfriend's. Mel: Where, in Kuwait? Cher: Is that in the valley? Mel: I expect you to walk through this door in twenty minutes. Cher: It might take longer than that Daddy. Mel: Everywhere in L.A takes twenty minutes.

We all know this statement would be 100% true by adding "without traffic" to the end. [Photo via]

Cher: And that's the Persian mafia. You can't hang with them unless you own a black BMW.

Funny because it's true and you still tease your Persian friends with this line. PS we can't wait for MTV's "Persian Version" to air.

And for your viewing pleasure, that awesome freeway scene: