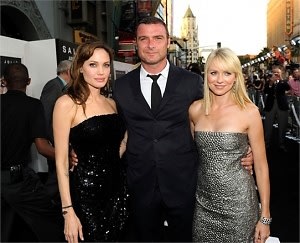 Last night's Salt premiere was as big of a thriller as the movie itself. Brad and Angelina came hand in hand to the Grauman's Chinese Theatre where they dispelled rumors of a break. 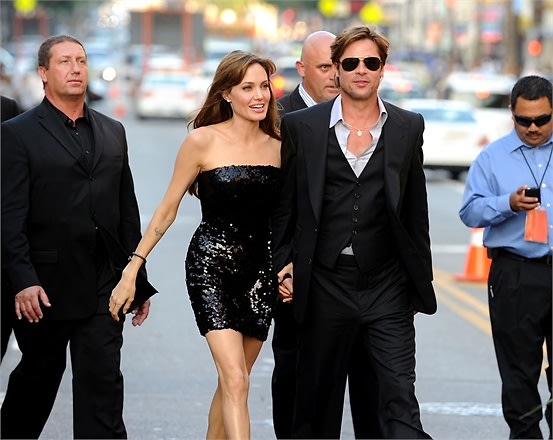 Brangelina showing their relationship isn't on the rocks.

In addition to making a statement about their personal lives, they also made a statement through their outfits. Angelina was sleek as a spy in a sequined Armani dress while Brad's black suit matched the head turning starlet. Also in attendance were co-star Liev Schreiber with girlfriend Naomi Watts and other celebrities like Mary Lynn Rajskub, Amber Heard, and Sharon Case. Angelina's father, Jon Voight and brother, James Have, also came out to support her. The release date is just around the corner, on July 23, and if you really can't wait to catch a glimpse, the film's cast will also be making an appearance at Comic-Con in San Diego a day before (July 22). 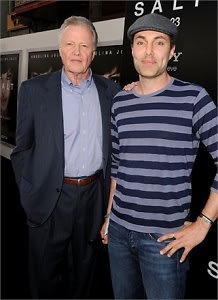 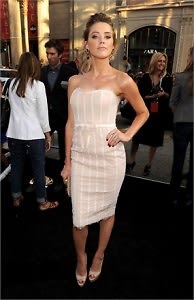 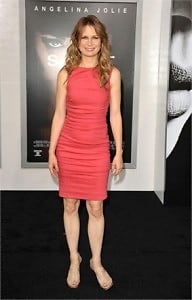 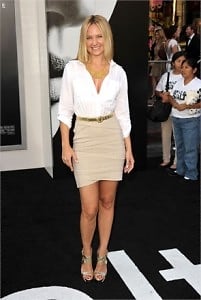