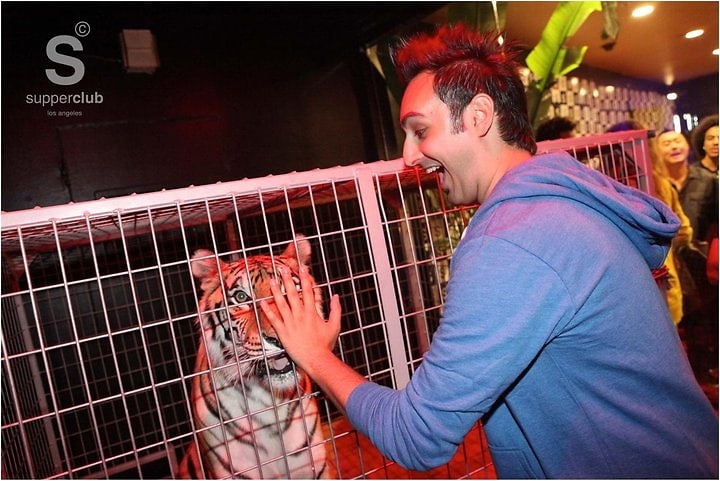 Guys, we're really struggling here to process this one... Earlier this month, the appearance of the tiger from The Hangover at Supperclub was commissioned in honor of a birthday celebration of a Hollywood promoter. Now, riddle me this: why pay a supposed $3k to keep an animal caged outside the party when the club itself is basically an unrestrained zoo filled with feral creatures of the animal kingdom inside? Seems like such a waste, ya know?

In case you're not familiar or need a quick refresher, go HERE and HERE to see what goes on at Supperclub at the height of mating season. 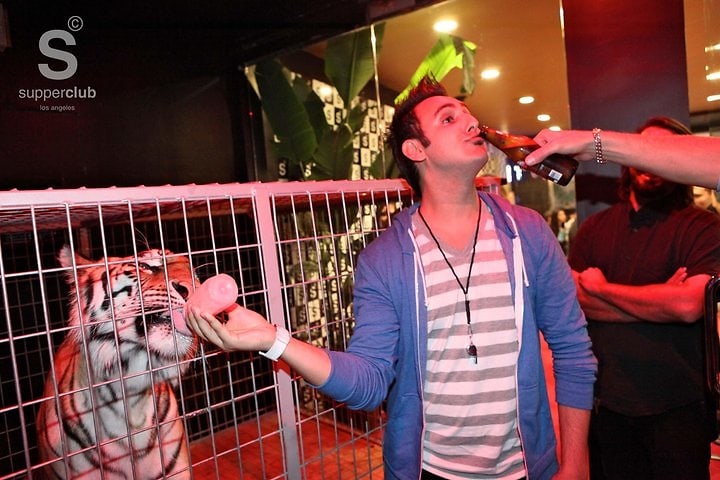 Poor Schicka, the tiger, was totally DTF that night, but missed out on all the action because she had to be kept outside in a cage with her cock-blocking handlers. It's really unfair. How are you going to pay for her time and not even invite her in for so much as a Patron shot or a whirl on the trapeze harness? I mean, we are talking about the same person who included a personal note on his birthday party invitation sent to roughly 4,000 people last year to suggest the female guests make their abortion appointments for the following day, so decorum and social mores are obviously not a priority. But still...

Hopefully the party hosts didn't pay an additional fee for a "celebrity" tiger as this could be any civilian tiger on the planet and no one would know the difference.  And If celebrity star power at the party is what they were looking for, don't they know they could've gotten a David Arquette appearance for way cheaper since we hear he only needs to be paid in booze and lapdances?