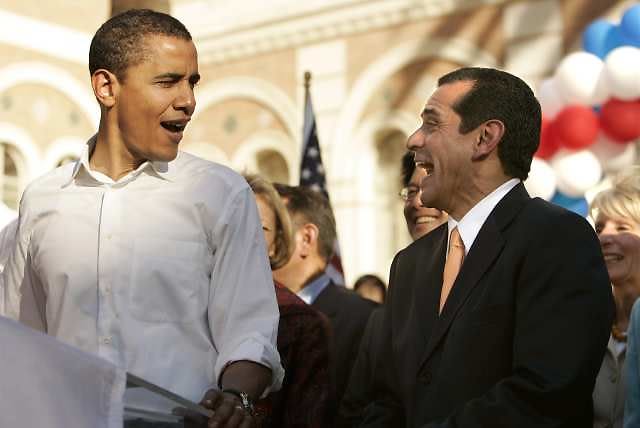 Hopefully you guys are having an easy Wednesday so far, because if you live on the Westside, your commute home is not likely to be very fun. Yes, less than one month after his epic dinner party at George Clooney's house turned Studio City into East Berlin for a day, President Obama is returning to L.A. for a series of fundraisers designed to capitalize on his recent full endorsement of gay marriage, and of course to bolster his campaign war chest. Read on for all the details of the where and when. Spoiler alert: if you live in Beverly Hills, you may want to leave work early.

So no, as it turns out, the Prez isn't back in town to challenge Tobey Maguire to a rematch of the H-O-R-S-E game they supposedly played in Clooney's backyard, or even to issue a Presidential pardon to Amanda Bynes. In fact, he's holding three fundraisers of varying sizes, two of which are directly related to LGBT causes: the LGBT Leadership Council Gala at The Beverly Wilshire, with a starting ticket price of $1,250, followed by a relatively intimate 70-person fundraising dinner for the bargain price of $25,000 a plate at the home of "Glee" creator Ryan Murphy. 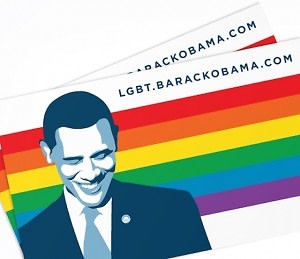 Since you, like us, probably don't have an extra 25 large burning a hole in your pocket and want to watch the Kings anyway, what you're more concerned with is the traffic, right? Well, here's the deal: while LAPD and Secret Service are reportedly planning on not getting too specific with the travel plan announcements for security purposes, they did announce that the President is scheduled to land at LAX at 4:20 p.m., and proceed directly from there to the Beverly Wilshire for the Gala. Based on the statement from Beverly Hills Police to "expect traffic delays with intermittent street closures in Century City and Beverly Hills," we're guessing they're taking the 405 and then coming up Santa Monica Blvd. Whatever the route, after the fundraiser Obama and his team plan on heading straight to Murphy and his fiance David Miller's house on Sunset Blvd & Roxbury Dr, which is scheduled to start at 8:55 pm. Tomorrow, after spending the night in BH (unspecified, but we're guessing at The Beverly Hills Hotel), he'll head to View Park for a fundraiser breakfast at awesomely named developer Charles Quarles' house, before departing from LAX.

"For now, the best advice is to prepare for possible street closures and extra traffic in portions of the Westside, both on Wednesday afternoon and Thursday morning; it might be a good idea to leave earlier than usual, if you are planning to travel by road in those areas during those times."

So, yeah. Unfortunately, the info isn't too specific this time around, so we'll sum it up like this: avoid Beverly Hills like the plague this afternoon, and probably tomorrow morning, too. And if you work Downtown and live on the Westside and therefore have to fight through a hockey riot and Presidential traffic tonight on your way home, well, may God have mercy on your soul.

[President Obama and Antonio Villaraigosa via, screenshot from barackobama.com via LAist]