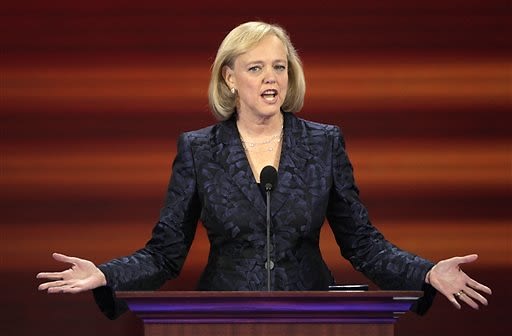 The former housekeeper of republican gubernatorial candidate for California, Meg Whitman, is revealing "controversial and explosive allegations" about her former employer at a press conference. Oh, and did we mention famewhoring attorney, the one and only Gloria Allred will be flanking the disgruntled employee? Yeah, so you know it's good. So what could the ex-maid have on the former eBay CEO who has broken campaign funding records, spending over $119 MILLION FROM HER OWN PERSONAL BANK ACCOUNT on her race for governor? We already know about her dirty, little, six-figure secret (a settlement for being verbally abusive and physically aggressive with a one-time eBay employee) but apparently there are more scandalous skeletons in the closet... Let's watch and see!