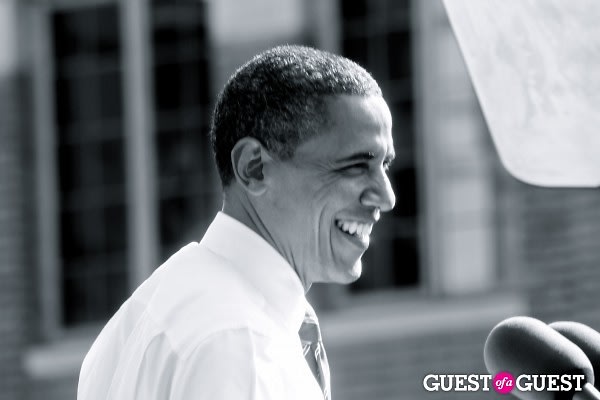 "We need all of you to fight on. We need you all to set the direction of this state for not just the next two years, but the next five years, 10 years, 20 years."

Keep reading for more on president Obama's appearance at the rally for California Democrats on Friday at USC.

Go HERE for more photos by Erin G. Wesley from the rally!

In an effort to get out the vote for Democrats in the upcoming election, Barack Obama gave a speech at Moving America Forward rally in USC's Alumni Park on Friday.  Unlike his last visit to L.A. in August that caused traffic of epic proportions, LAPD made a conscious effort to minimize street closures and the amount of congestion his appearance generated. 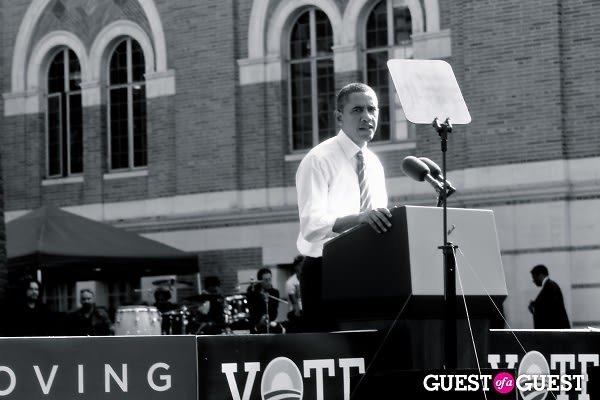 During his stop in California as part of his five-state tour to support democrats in upcoming elections, he endorsed incumbent Senator Barbara Boxer and Jerry Brown's bid for CA governor.  The president did not mince words in his powerful 20-minute speech:

"[Republicans] drove the car into the ditch. Now, middle class America is in the front seat and Republicans are in the back seat."

He also underscored the importance of voter participation:

"Now it's up to you to let the Republicans know that we haven't forgotten how we got here, that we don't have amnesia."

And it wouldn't be a true L.A. event with out some star power in the mix, right?  The rally also included performances by Jamie Foxx, Ozomatli, and of course a speech by Mayor Villaraigosa who never misses an opportunity to ham it up.