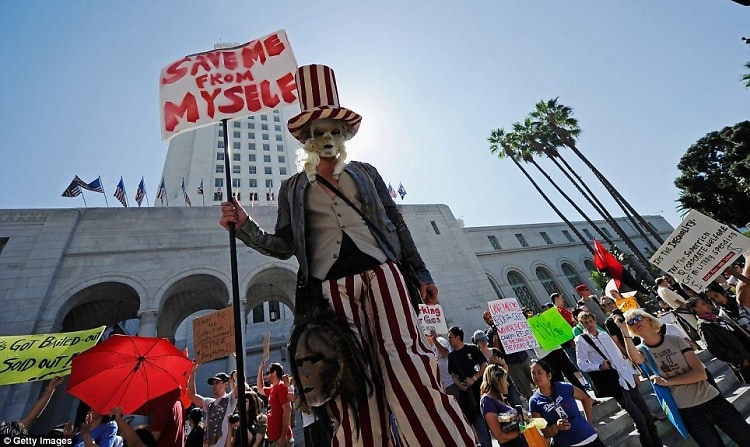 The protest that began on Saturday known as Occupy LA in solidarity with NYC's Occupy Wall Street as a demonstration against "corpratocracy" has entered day three this morning as protesters woke up from their camps on the sidewalks in front of City Hall downtown. 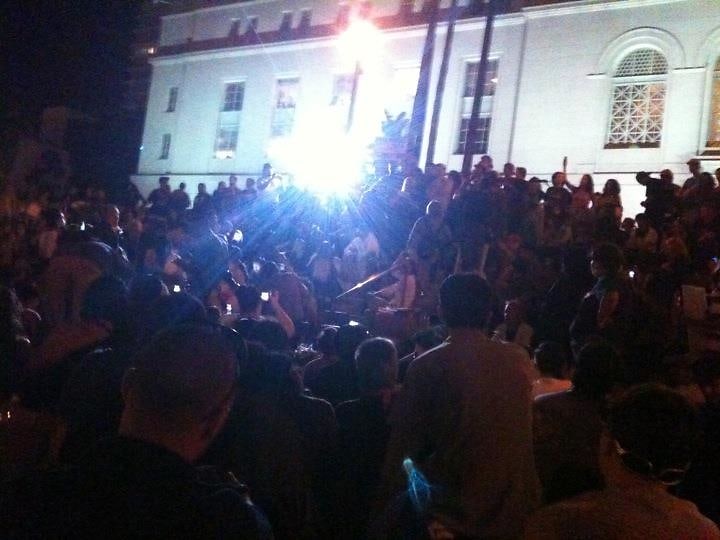 Blogdowntown.com reports on Saturday over 1,000 marched from Pershing Square to City Hall. An Occupy LA march is scheduled for 5pm today from City Hall through the financial district. It seems the city has been somewhat cool about the protesters occupying its lawns as representatives of the "99%"; they're just going to need to stay out of the way of the Warner Bros. crew filming "Gangster Squad" inside and outside City Hall tomorrow. Oh, L.A.... only you!

Visit the official Facebook page and OccupyLosAngeles.org for more info on the revolution.