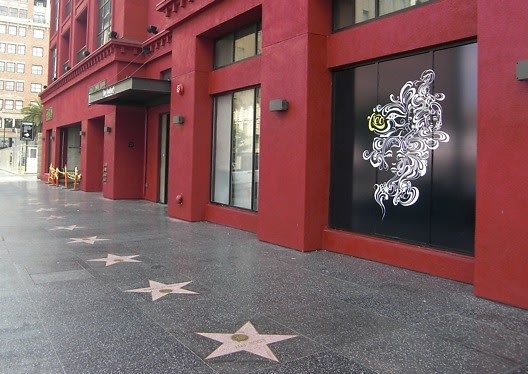 SBE's newest undertaking, The Redbury, a Hollywood hotel intended for extended stays, is set to open at the end of this month and promises to be everything that Sam Nazarian's other projects aren't.  With the help of Matthew Rolston, the hotel will feature an "authentic, bohemian counter-culture feel and will evoke a soulful and engaging environment that is simultaneously casual and unpretentious." (*Crickets*)

Those are some pretty lofty ambitions, considering SBE's track record of manufacturing trendwhore traps, exclusively. Everything from the nightlife and hospitality development giant has followed SBE's signature formula for "hotspot" which, after their initial excitement simply for being new, appeal to the lowest common denominator, like The SLS, The Colony, XIV By Michael Mina, and Industry, to name a few.

Can we really expect something authentic with this latest venture? Counter-culture?? Our guess is that The Redbury will be as bohemian as The Colony is Hamptons-like. But make our day and prove us wrong.