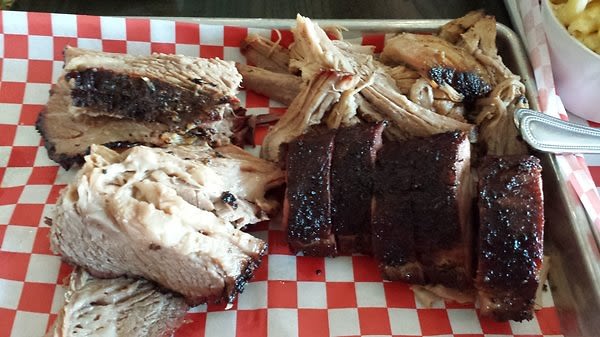 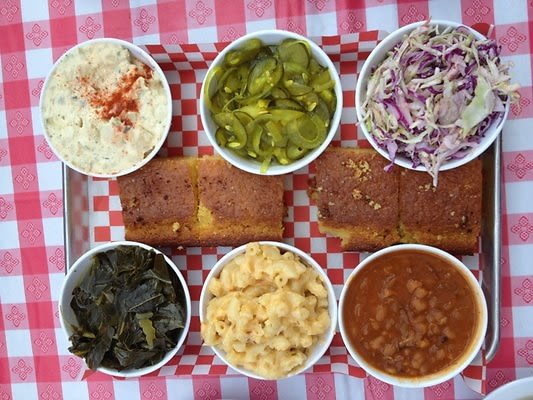 With an original location in Compton, Bludso's recently opened a second location on La Brea to give you your BBQ fix. Given the owner's long family history of barbecuing in Texas with recipes and techniques passed down from generation to generation, this authentic BBQ (our vote for the best in L.A.!) and traditional accompaniments such as cole slaw, baked beans and potato salad are as close as you'll get to what the Lone Star state has to offer. Not only does the delicious meat of the pulled pork, brisket, ribs and more make this place a winner, the La Brea location features a full bar with tasty cocktails as well as beer on draft available by the pitcher, bottled beer and wine. Bludso's Bar & Que 609 N La Brea Ave Los Angeles, CA 90036 [Photos via, via]
1 of 9