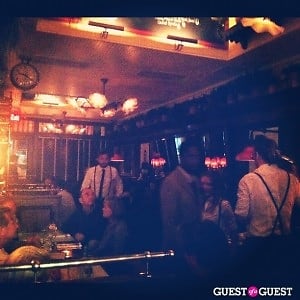 In the UK, "pikey" means gypsy in slang. But in L.A., it's Brad Pitt's uncouth character from Snatch, and now your new local Brit fix as the namesake of latest drinking and dining destination from bar owners and restauranteurs Jared Meisler and Sean MacPherson (Il Covo, Roger Room, Swingers, Good Luck Bar, El Carmen, Jones, Bar Lubitsch). Say hello to The Pikey, the blokes' revamp of the historic Ye Coach & Horses on Sunset, now unofficially open for business. We swung by after our Saturday night Seder for the friends and family opening and have the full monty on all the details you want to know about this new spot. 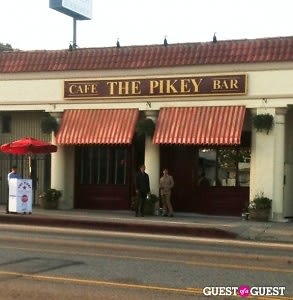 It's been nearly a year and a half since we learned of a Meisler-MacPherson takeover of Coach & Horses, one of L.A.'s beloved original dives since 1931. Fans of the institution wringing their hands at the news should take a deep breath, order a Ginger Minge, some Thrice Baked Chips and relax. The new space has maintained the integrity of the original design, but was given some much needed updates along with the duo's signature touch on details like radical Ben Watts "Teddy Boys" photos, Maharaja paintings and art objects collected over the years decorating the walls of the space that create its warm ambiance.

Broken up into three spaces, each with their own vibe, The Pikey features a dining room, a dimly lit pub room with bar stool and tall-back booth seating, and a smaller Maharaja room with another bar to be open most nights and available for private events, much like the back room of the Lubitsch and cafe at Jones. 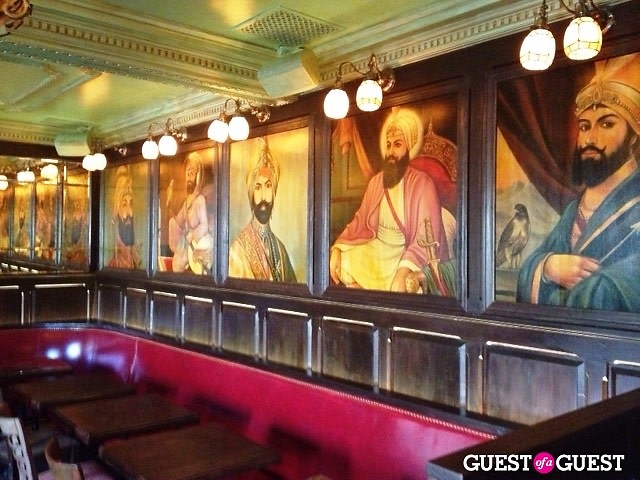 [The back room has hand painted Maharaja paintings commissioned from India]

The menu of classic British fare to be served in all rooms until 2am offers the culinary creations of Ralph Johnson, former Executive Chef of The Spotted Pig who twice earned the restaurant Michelin stars during his time there. Johnson brings his kitchen game in a big way and we know the food is awesome because even after a full Passover dinner, we went pretty hog on about half the menu, and it was totally worth abandoning the Coachella bikini diet for a night. Best dish of the night was Mary's Vinegar Chicken with Thrice Baked Chips--delish! As for beverages, The Pikey brings a special cocktail program by Roger Room's Damian Windsor while also staying true to its divey roots with 30 beers, including draught beer and PBR tallboys in case any Silver Lake folk need something to remind them of home. 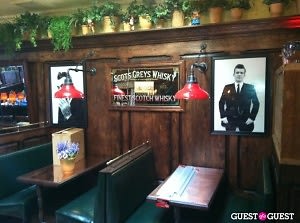 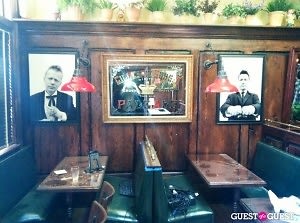 Last night, The Pikey kicked off its week-long soft opening during which it will be serving its entire dinner and dessert menu for walk-ins and have full bar service. By next Sunday (April 15th), The Pikey will be official; the phones will be on, the website up and they'll be taking reservations, brunch and lunch service to follow within the next couple of months. Stay tuned, but definitely go grab a pint and a lamb shank in the meantime. 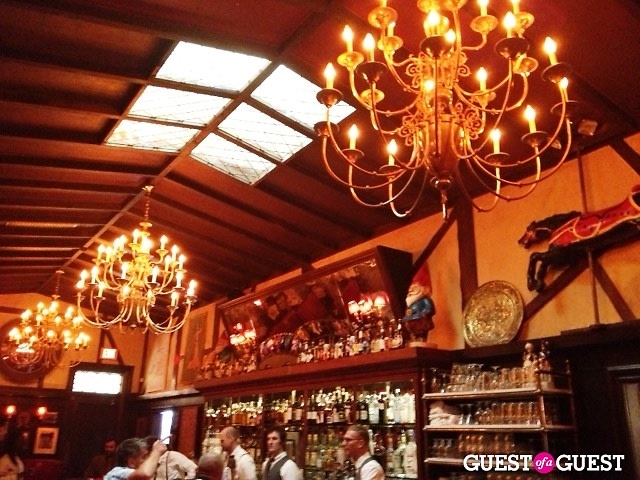 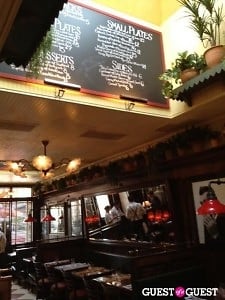 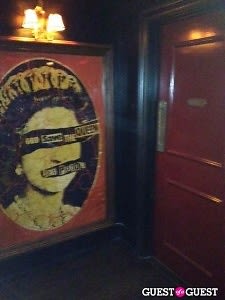 [Inside the cafe where Ralph Johnson, former Executive Chef of The Spotted Pig, reigns (l), Sex Pistols poster outside of the restrooms, (r)] 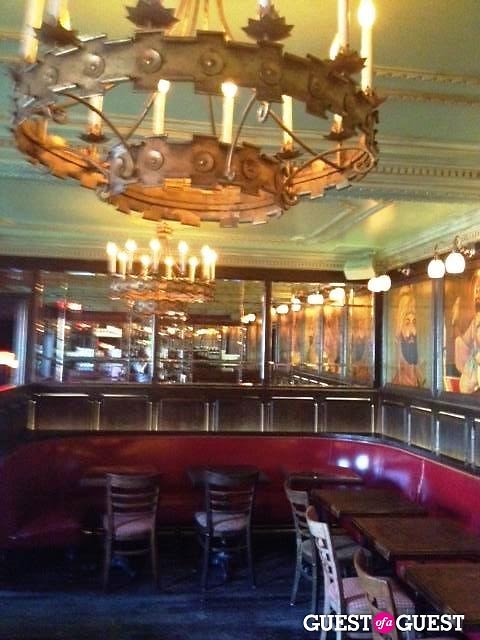 [Another shot of the back room, our favorite] 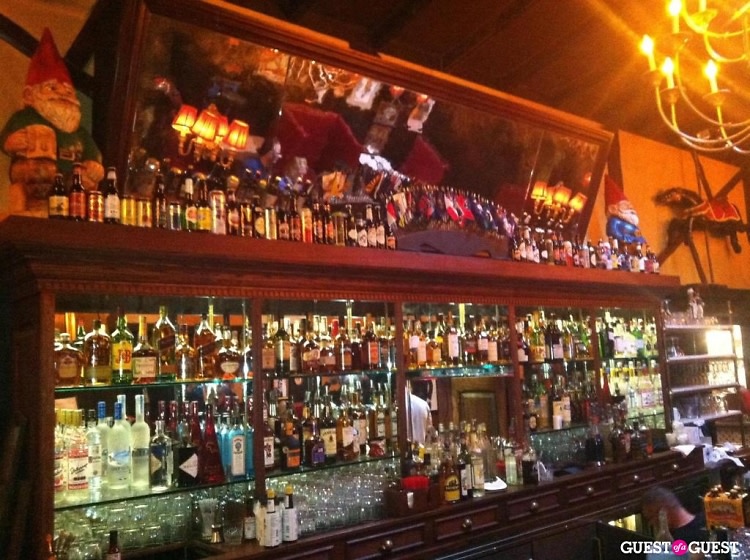