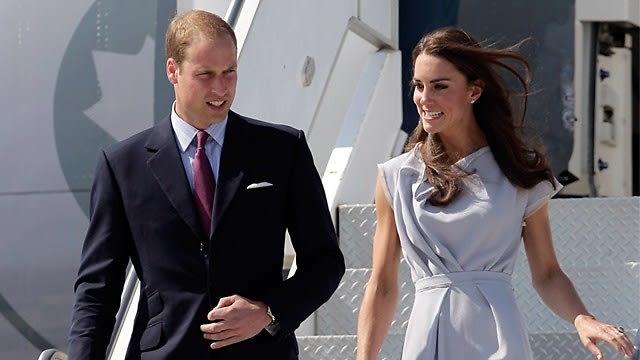 Prince William and Kate Middleton are not happy with me right now since I kind of blew them off all weekend and didn't see them once before they left. Do you blame me though? I mean they're kind of a buzzkill. Maybe next time, guys. But the royal newlyweds still had plenty to keep them busy during their stay here in Los Angeles. Within a span of a few hours, they made it to a couple of events and mingled with the likes of everyone from Mayor Villaraigosa to David Beckham. Take a look at where they went, what they wore, and who they partied with in this rundown of their first day in L.A.

Never one to miss a photo op, Mayor Antonio Villaraigosa was all over it as the royals deplaned at LAX. Just look at his face here... 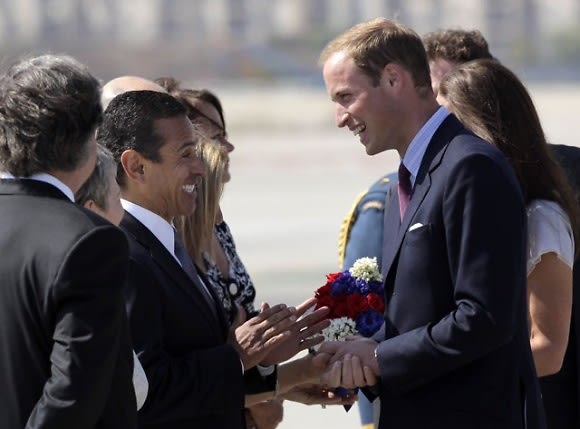 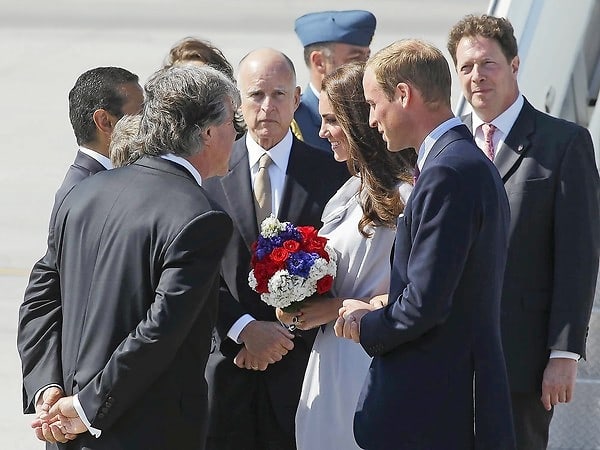 Kate Middleton, Prince William greeted by Gov. Jerry Brown and other dignitaries at LAX [via] 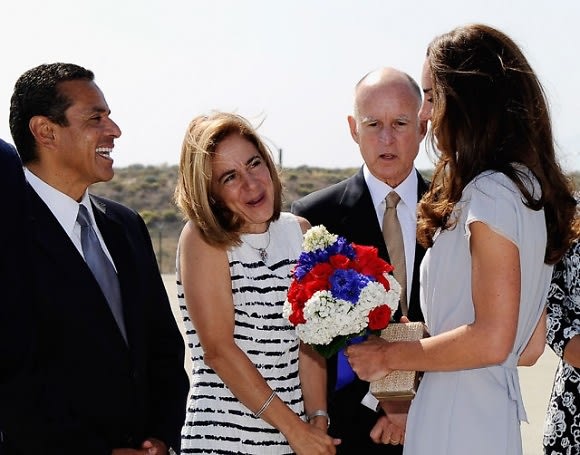 The royal newlyweds went directly from LAX to the Variety Venture Capital and New Media Summit at the Beverly Hilton Hotel. 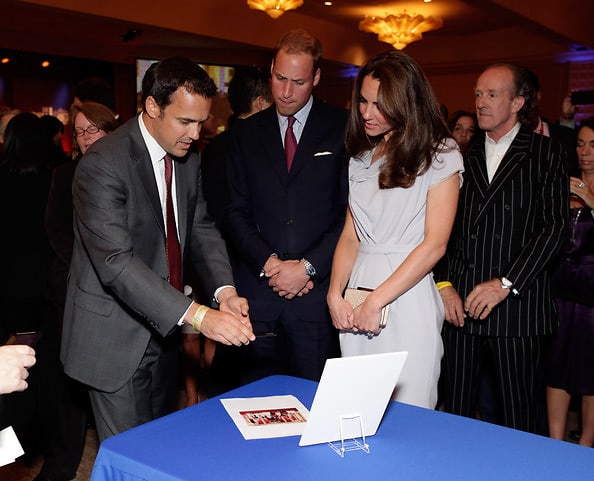 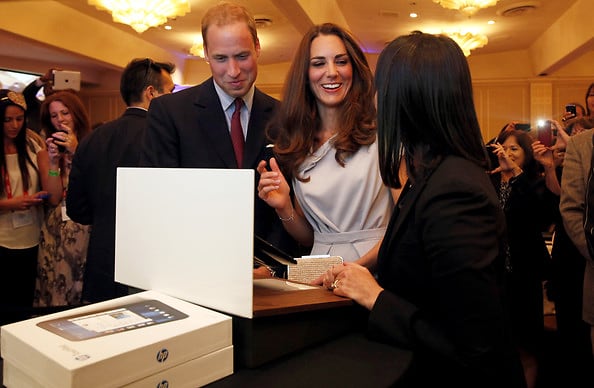 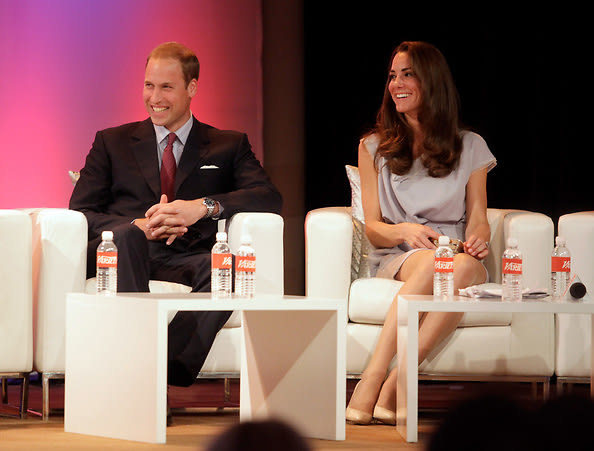 Following the Variety event, the two made a quick wardrobe change and headed to the Consul General Reception at the British Consulate-General's Hancock Park residence.  Kate changed from the lavender Roksanda Illinic dress she was seen wearing deplaning the jet at LAX and at the Variety event, and slipped into a green silk DVF number. At the reception, William caught up with David Beckham whose wife would give birth later that weekend. The soccer star looked like he was sweating a bit.  We can only imagine what that conversation must have been like.

A homemade sign welcomes the Royals to Hancock Park where the couple stayed over the weekend. [via] 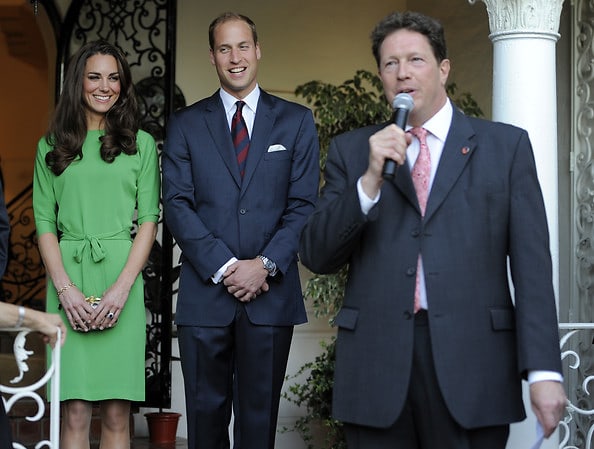 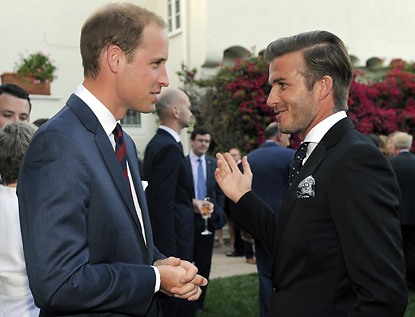 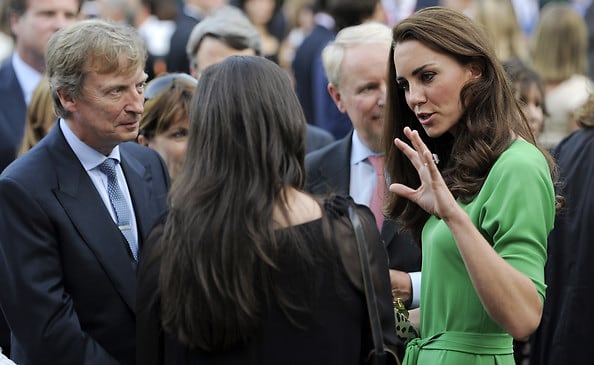