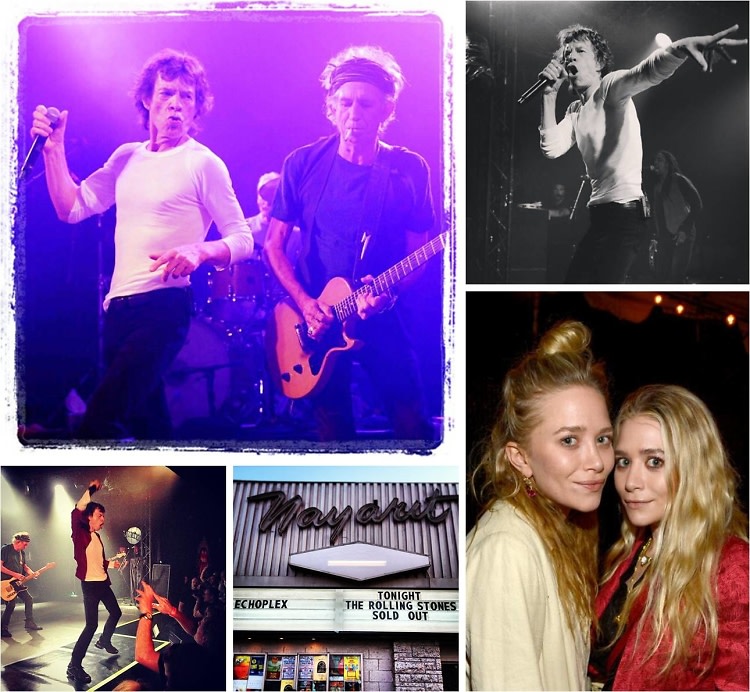 To the heartbreak, dismay, and in some cases unbridled outrage, of thousands (including yours truly) who had waited for hours in a line they would learn was meaningless when it was revealed ticket winners would be drawn from a lottery, The Rolling Stones played a surprise show Saturday night at the Echoplex for an incredibly lucky 700 or so fans. For a measly $20/ticket, guests including Johnny Depp, Gwen Stefani, Bruce Willis and the Olsen twins enjoyed the greatest rock band of all time play an intimate hour-and-20-minute set of blues covers and hits just ahead of Friday's "50 and Counting" tour kickoff show at STAPLES. Although strict rules explicitly prohibited cell phones and photography of any kind inside the venue, several were smuggled in and we have the photos of the band rocking to prove it.