I know you were concerned, so here's an update on Tamara and Petra Ecclestone's progress in their French Riviera yachting vacation tans. Thanks to Tamara's nimble Twitter skills, we know the sisters hit a few nasty bumps in the road recently with some ghastly weather. But don't worry, the sun has come out. [Petra Ecclestone, Tamara Ecclestone photo via]

Lord knows that after purchasing the Spelling Manor for the bargain price of a cool $85 million (no really, the asking price was $150 mil), Petra must be exhausted, so a vacay yachting across the French Riviera was necessary. And, as Tamara has been illustrating in her tweets,  priority #1 in the healing process it to get that tan going.

@TamEcclestone A productive day of tanning! Time to get ready for dinner and perhaps a glass of rose since in the south of france rude not to! 23 hours ago

After cruising through St. Tropez, the Formula 1 heiresses hit up Monaco where they encountered the great injustice that is gloom and rain. Our hearts go out to them. But don't freak out, it seems as though things are looking up for them as Tamara has just informed us the sun has finally arrived. And, according to Daily Mail, the elder Ecclestone sister is sporting what looks like a very large rock on her ring finger... Could this mean an engagement for Tamara? 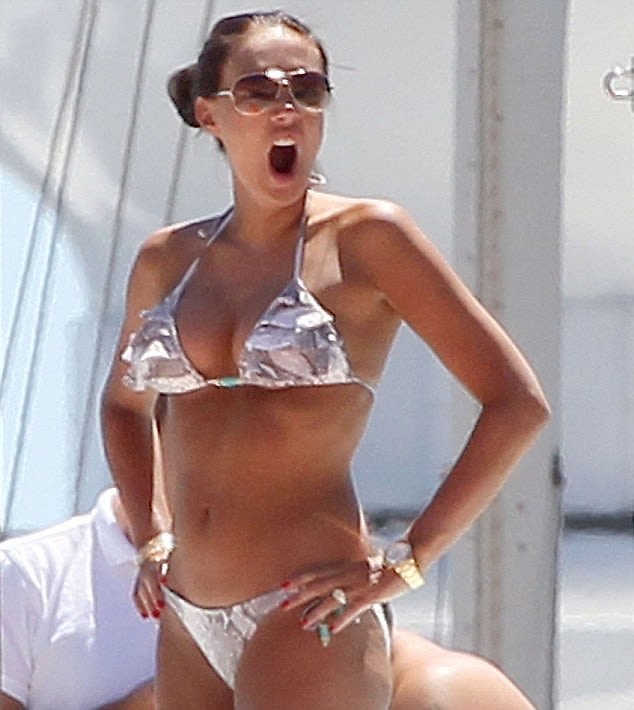 We'll see, but the important thing is she stay motivated so she can rock an extraordinary tan at younger sister Petra's wedding in August. Keep werkin it, girl.