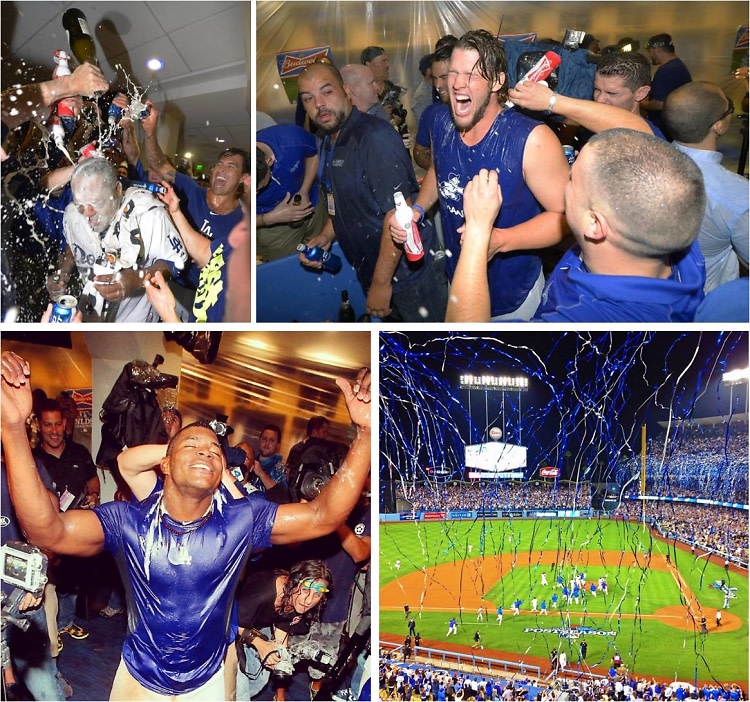 ¡Viva los Doyers! Last night's home game victory over the Atlanta Braves in Game 4 of the NLDS was a huge reminder that this really is 'a whole new blue' for our Dodgers as they advance to the National League Championship Series. Dodger Stadium erupted with cheers, fireworks, streamers, and yes, some tears, when Juan Uribe hit the game-winning two-run homer in the eighth inning of the series clincher. From the stands and the dugout to the field and clubhouse, celebrations rocked Chavez Ravine and beyond in honor of last night's big W. And if there's one thing the Dodgers have truly excelled in aside from winning and being awesome this season, it's raucous, fratty, champagne spray- and Bud Light-filled victory celebrating. We don't know whether The Boys in Blue will face the Pirates or the Cardinals in the NLCS, but revel in the glory in the meantime with a look at last night's Dodgers victory celebrations.