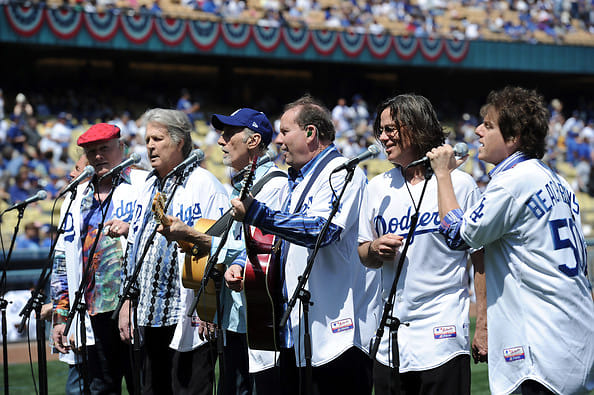 It's about as hard to imagine Los Angeles without the Dodgers as it is to imagine California music without the Beach Boys, so it makes sense when you discover that this years' 50th anniversary of Dodger baseball in L.A. is also the 50th anniversary of the Boys releasing Surfin' Safari, their first album. Luckily for fans of both, they chose to celebrate together as part of the Dodgers' home Opening Day festivities yesterday.