Why The Clippers Will Be Better #1: The Chris Paul Saga 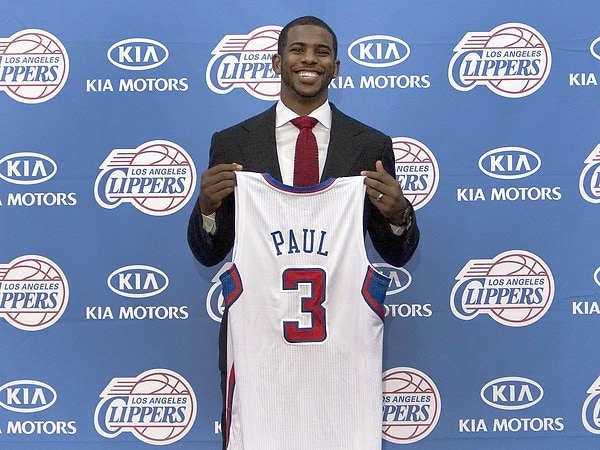 In case you're more of a hockey fan, or if the whirring purple-lit CGI of the "SportsCenter" set makes you feel too dizzy to pay attention, I'll tell you now that the first few weeks following the end of the NBA lockout could reasonably be defined as somewhere between slightly and extremely controversial. In short, Chris Paul, one of the 5 best players in the NBA right now, was traded last week to the Lakers, until Commissioner David Stern squashed the trade and steered Paul into a deal with the Clippers instead. Whether or not this power play by the League was fair, conscionable or even acceptable is a subject for many, many others. And the Clippers gave up some big pieces to get Paul, including a future All-Star in shooting guard Eric Gordon. But all you really need to know is that, for the first time ever, the Clippers went out and got something that the Lakers wanted. This is like in a chick flick when Dylan McDermott or whoever realizes he's really in love with his klutzy female best friend instead of the really hot chick he's engaged to, except this actually happened in real life! Will the Lakers be able to recover from the shame and humiliation in time for this grueling, lockout-shortened season? [photo via]
1 of 9