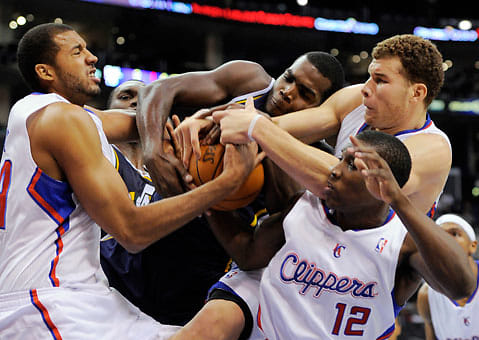 Since the Los Angeles Clippers moved here from San Diego in 1984, they have shared a "rivalry" with their championship-winning neighbors the Lakers that makes the relationship between Germany and Poland look equitable and balanced. Historically crippled by terrible signings, fan apathy, perpetually awful luck, and Ricky Davis, it seemed to most people as if the Clips were destined to be an eternal punchline. But in sports, conventional wisdom is only true until it's not anymore, and Monday night (in a game that admittedly means nothing) Chris Paul and the Clippers looked a hell of a lot better than Kobe and the Lakers.

In always trend-happy L.A., Clippermania is catching, and here's a quick guide to why you should waste no time jumping on board – we'll give you six reasons they'll be better than the Lakers (plus a counter-argument of three reasons they won't, just in case).