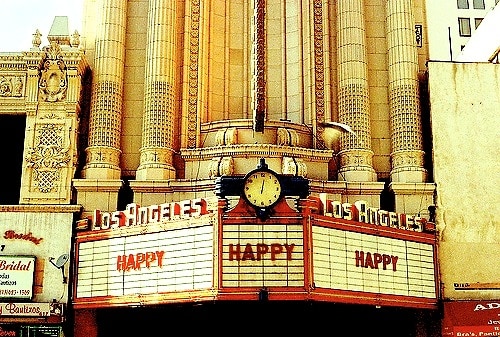 Scientists from Northeastern University and Harvard College conducted a social experiment to see which states in the U.S. are the happiest based on the Tweets of their residents. After a careful and highly scientific (???) survey of 300 million tweets, they finally came to the conclusion that the west coast, particularly California, boasts the happiest population. Really??

Okay, it's great here and all, but we were pretty surprised at these findings since California is chock full of problems and dysfunction. A look at some of the L.A.'s tweeters doesn't exactly paint a picture of the cheeriest, most satisfied bunch of Californians. In fact, they generally use Twitter as a bitching forum to air grievances about what's wrong with the city. Their #1 Twitter gripe? All things traffic-related...

@stephaniepratt Gorgeous day in beverly hills even though I just got hit by a car on foot LOL @sofifii witnessed. (I'm ok) hahahaha half a minute ago via UberTwitter

@LauraKatzenberg Just had 4 different drivers pull the craziest moves in front of me in the last 10 minutes...so dangerous...seriously LA drivers? Be careful 10 minutes ago via UberTwitter

@LHearst I hate driving in LA. Everywhere takes obscenely long to get to because of the traffic, plus I'm still learning how to get around >%^¥ about 2 hours ago via UberTwitter

- - Despite such drawbacks, namely traffic is it possible California's L.A. residents are, on an average, happier than the rest of the country? Maybe. Our gut tells us it might have something to do with the constant sunshine and an average temperature of 72° or our abundance of the finest weed in the country. Good weather and weed always make everything all better.