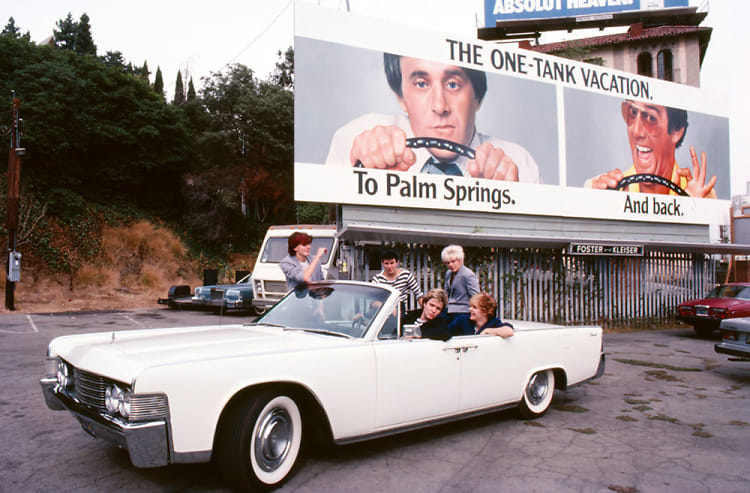 Brad Elterman took this snapshot of Duran Duran in 1981 back when Andaz West Hollywood on Sunset Strip was the rock star-infested Riot House (a pet name for Hyatt House). I could talk about what has and hasn't changed since then, or the bitchin' feathered hairstyles happening in this photo, but it all seems so inconsequential next to that billboard. Look at that, it's a cautionary tale! See what happens when you go to Palm Springs?? You're just a leisure suit and crispy orange glow away from being George Hamilton.

PS: We're REALLY excited about the release and signing of Elterman's book this week which is filled with gems of L.A. back in the day just like this!

[Photo by Brad Elterman via]