Sometimes fashionistas have a tendency for hyperbole, ahem, Rachel Zoe ("I D-I-E die!"). But Heidi Klum li-tra-ly meant it when when she said she'd wear "Project Runway" finalist Mondo Guerra's NY Fashion Week "bubble" dress. The column-like black and white polka-dot dress became a major point of contention in the deadlock finale, with Heidi and guest judge Jessica Simpson (you know, because she's really fashionable), versus Michael Kors and Nina Garcia who were anti-bubble dress. 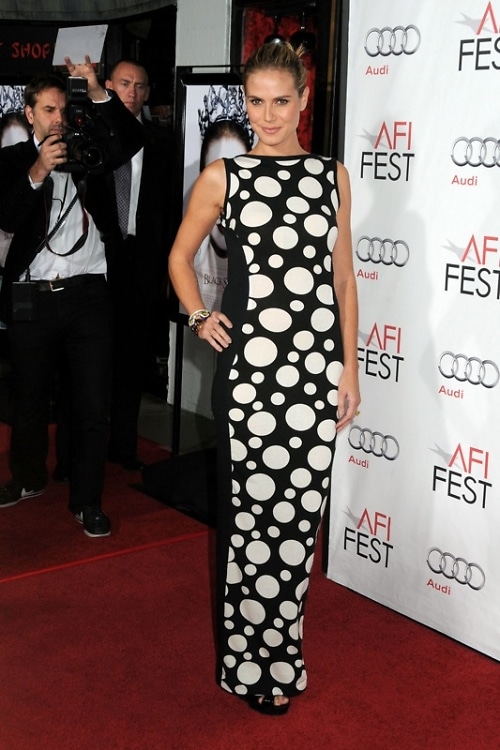 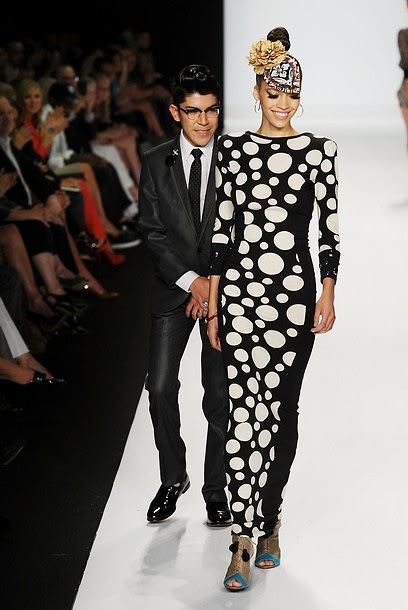 Mondo didn't win the fashion competition but must have gotten some "in your face!" satisfaction last night when Heidi strutted the red carpet at AFI Fest's premiere of Black Swan. However, he did take Michael Kors' criticism about the once long-sleeve number's bold bubble print needing to be broken up with some skin and nixed the sleeves altogether.

What do you think of the new version of the bubble dress?