Yesterday morning I woke up and started my day just like I do every other, asked myself what would Kieth Richards wear?, and chose an outfit accordingly. As I sat and drank my coffee while scanning L.A. NOW's tweets to get myself up to speed on the non-news they're hard at work reporting, it hit me like the Barney's bill from Hell, but way worse. This was deeper, bigger than me, a disappointment not in myself, but with the powers that be. Where are those powers, and can I slap them for this?: "Carmageddon: 'Planking' the 405 Freeway". Guys, I'm so concerned for society. This headline, and the accompanying photo above, more than the fact that J.Lo was playing on every station in the L.A. area on Friday afternoon, is the clearest sign the end is near. [Carmageddon planking photo via] 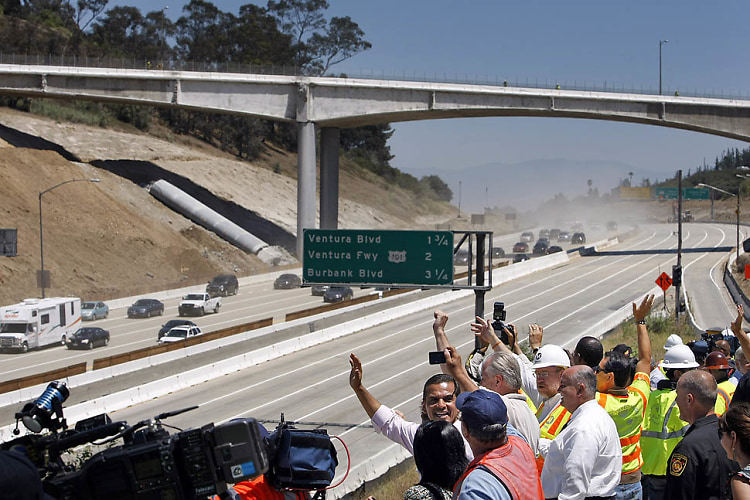 [Photo via] Just when I thought we as culture couldn't get any lower, the local newspaper was there to give me a polite Monday morning tap on the shoulder to inform me otherwise. Carmageddon and planking, (as far as I'm concerned, this will be the last time you ever see either of those terms on this site) are two Twitter-era cultural crazes that to me represent thoughtless frenzied hype at its worst; both have been given a far to much credit, wind, gas, etc., by relatively rational, reasonably intelligent human beings. These two grossly inflated concepts had converged and, by what I have to believe was a tragic series of lapses in judgment and general common sense failures, ended up as front page news on the Los Angeles Times site. 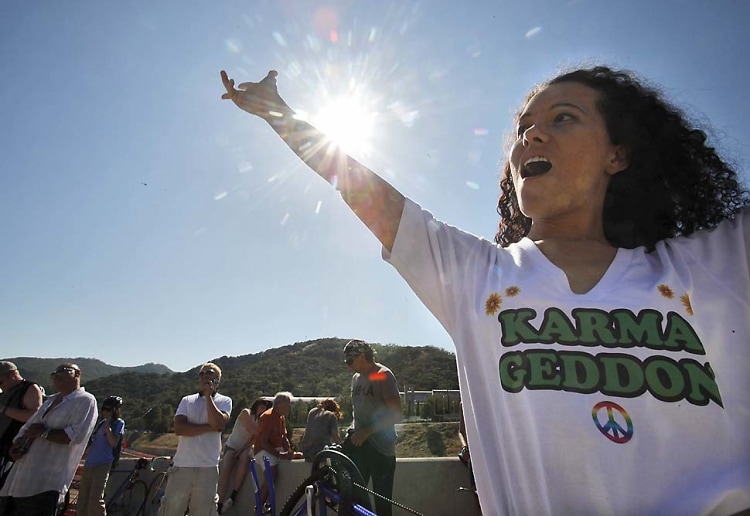 When my father asked me what "planking" was, I didn't even know what to tell him. I could actually feel my brain cells committing suicide, so angry at me screaming "can't take it anymore, I quit this bitch!" as I attempted to explain. I demonstrated how to p-word for him and when I resumed my normal stance, the look of sheer confusion on his face broke my heart a little. He didn't get it. Neither do I. He probably attributes that to being of an older generation so it's no skin off his ass, but this is my own generation that I can't even understand. That's because there's nothing to understand. It's just asinine. I don't blame my brain cells for wanting to sit this one out, they are right. I'm following their lead and will no longer perpetuate the bane of intelligent, rational thought that separates human beings from animals. In the words of Larry David on Sunday night, "it's very hard to apologize to a dog because they're a stupid animal." Same concept. LD gets it.

Which brings me to the NEW C-word. I mean, this weekend just made me embarrassed, not only as a blogger who gave this purported mother of clusterfucks significant coverage and even published a "survival guide", but also as a citizen of Los Angeles. People literally stocked up on water and batteries upon the advice of city officials for a weekend that had lighter traffic than Christmas day. This amazing photo which also graced the front page of the Los Angeles Times site kind of epitomizes the level of moronic blind hysteria C-word weekend brought out in us: 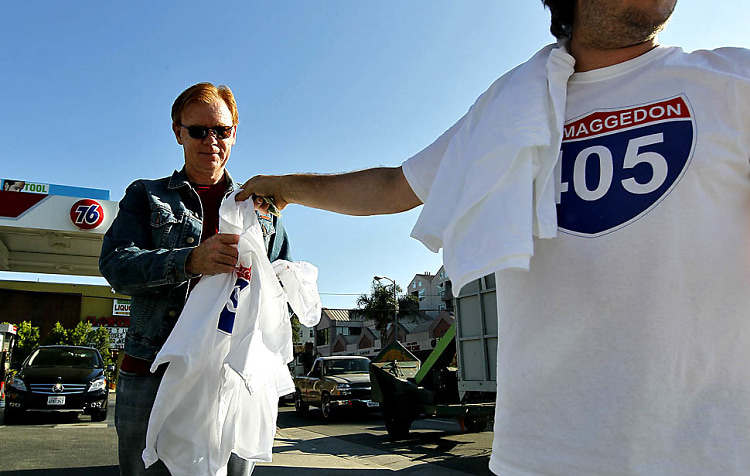 This photo shows the gingery "CSI" actor David Caruso at a local gas station buying a T-shirt, the proceeds of which went to some worthy charity, to promote awareness for C-word. And would you look at that? They couldn't even get the spelling right. There's only one word on that shirt and it has a spelling error. This shirt is a cringefest and will hopefully be enshrined at the Smithsonian one day as a reminder for future generations to not mass-produce pop-culture shirts while their heads are up their own asses, and if they do, at least spell check.

With that, I am making the executive decision to retire both P- and C-words (and "Carmaggedon") from our vocabulary and editorial consciousness so we here at GofG L.A. can get back to what brought us here in the first place and focus on what's really important: people getting drunk and parties.