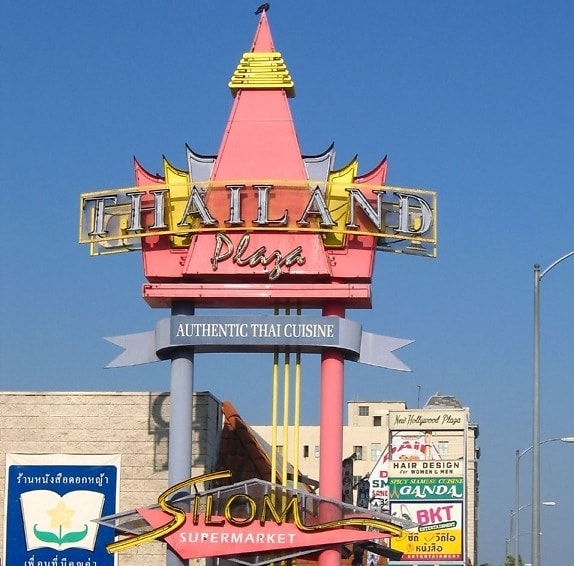 For anyone who has driven down Hollywood Boulevard, heading east into Silver Lake, you know the patch of road between Western Avenue and Normandie Avenue is Thai Town. This splendid little neighborhood is home to many great, economic restaurants, beauty parlors that specialize in Thai massage, a few bazaars, and—of course—the gorgeous Thai Plaza, which stands as a welcoming committee to the neighborhood.

Thai Plaza’s partner in welcoming crime, on the south side of Hollywood Blvd, has typically been the Tourism Thailand billboard. For a long, long time, this sign has always been an enticement for locals to make the trip home or see where this wonderful culture originated. Women in makeup and headdress tiptoe danced across this sign, oftentimes a scene in a monastery was depicted, and sometimes a whimsical, abstract cloud of colors took us across the Pacific to Thailand. These billboards for Tourism Thailand are a reminder of the neighborhood’s vibrant culture and that, yes, Thailand exists outside of Western and Vermont.

However, recently Thai Town has been going through a bit of a change: Jumbo’s Clown Room and The White Horse are on the up and up; the neighborhood’s dive, The Stone Bar, closed, only to open sparingly for special events, anticipating its reopening; a tattoo parlor sprouted up on the north side of Hollywood at Seward, quickly, a yoga studio followed suit on the south side of Hollywood at Seward; a fancy, modern home interiors and design studio recently opened at Hollywood and Winona (perhaps to provide competition for The Yellow Aster); and, most recently, the Tourism Thailand billboard has been hijacked. 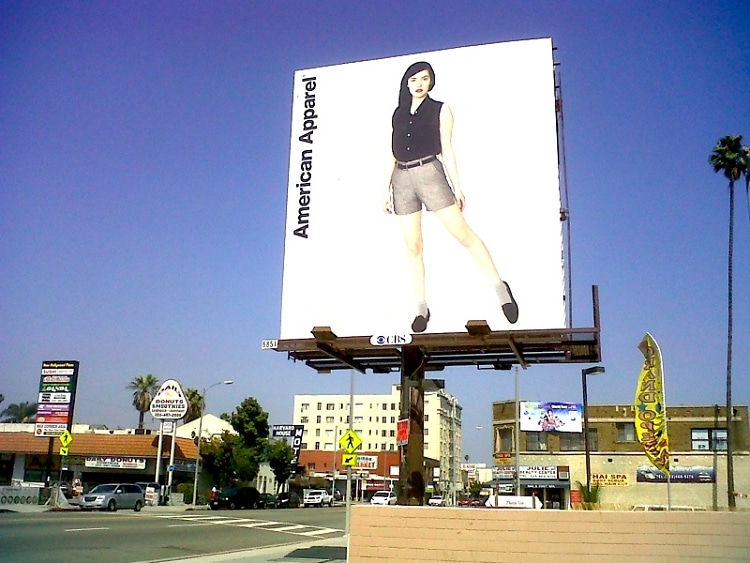 That’s right, in its Angeleno cool glory, American Apparel has taken over half of the billboard. Last week, a coy young woman in tweed shorts and a sleeveless black schoolgirl blouse appeared as if she was going to tiptoe all around Hollywood Blvd, blessing this sweet neighborhood with tank tops and assless tights.

This sign symbolizes more than feeding our urge to spend, spend, spend. Rather, the sign is a marker of Silver Lake overgrowing, spilling everywhere, and—most noticeably—Thai Town is becoming the newest recruiting zone for young, hip persons to live in its affordable Old Hollywood apartments. 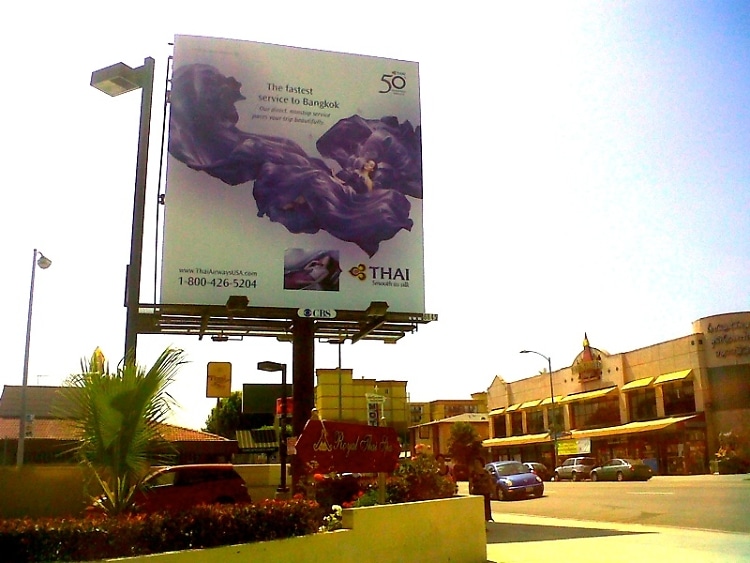 The safe, walking accessible neighborhood is becoming a new spot and is the young, economically challenged person’s alternative to Franklin Village and Los Feliz Village. With various, affordable, means to entertain you, young folks have been taking advantage of this neighborhood. It’s safe, close to the Metro, close to a Ralph’s, within walking distance to Ferndell, and is even within the jurisdiction of a booze delivery service! The ‘hood has also been friendly to the gay community and pet owners, who are all carving a place into the Town.

Ultimately, AA’s stamp on the 'hood has opened the Pandora’s Box of cool: Thai Town, prepare yourself for the hip. And, mark our words: don’t be surprised if an American Apparel opens up in the recently closed Pho restaurant and former home of Thai Angel, the local’s favorite after hours bar.