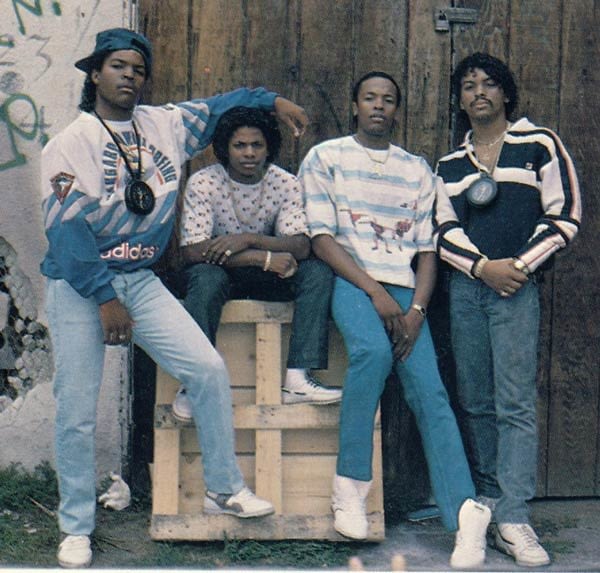 [Ice Cube, Eazy-E, Dr. Dre, Arabian Prince photo via] Although he's been kind of tied up with thrillers starring Chippendales-y teenage werewolves, director John Singleton is making moves to get back to his L.A. roots. At Abduction's press day, the native Angeleno mentioned he's been working with his old pal Ice Cube on a biopic about realer than real gangsta rap group N.W.A. to be called, what else, Straight Outta Compton.

Cube and Singleton go way back, as you may recall a little film starring Cube depicting South L.A.'s gruesome gangster street life Boyz n the Hood for which Singleton earned some Oscar nods among the film's wide critical and commercial successes. Now the two are reuniting for the N.W.A. biopic but the project isn't set in stone, and Singleton was prudent in expressing that when he gave his statement. Here's what he told The Playlist regarding the film: 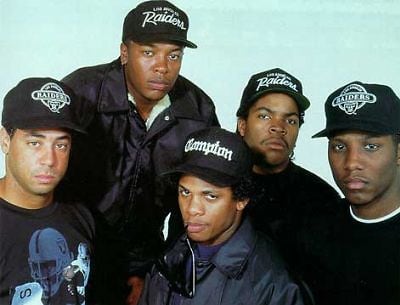 "I can't talk about it too prematurely about the stuff I'm doing because nothing's come to fruition yet, but Cube and I are talking about doing the N.W.A. story. The script is really, really good, and so we're just figuring it out. New Line really wants to make it."

Hey, New Line, what are you waiting for? Don't you know white people love anything having to do with dangerous gangsta rap and thug life? A film about the hip-hop group from Compton that would bring about superstars like Dr. Dre and Cube is exactly what America wants. Case in point: my father. He may be a non-practicing Jew CPA from Scarsdale, NY, but he's also a huge Dre fan. Just adores him. [Photo via]

The story of the late 80s-early 90s group whose singles include such tracks as "Straight Outta Compton" and "Fuck tha Police" would no doubt be one worth telling. Let's brush up on our N.W.A. history...