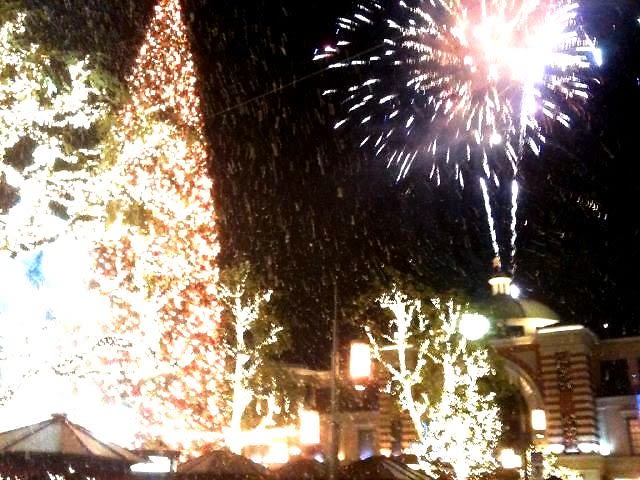 Calm down, West Hollywood. I understand your concerns about the safety and urban decay of the area. How do you think I felt when I saw an empty Trader Joe's bag and some napkins just strewn about the sidewalk this morning when I stepped out for coffee? But did you really think that was gunfire from a shootout you heard last night? What many in the area mistook for a drive-by was actually a fireworks show and Il Divo performing at the annual Christmas Tree Lighting at The Grove. 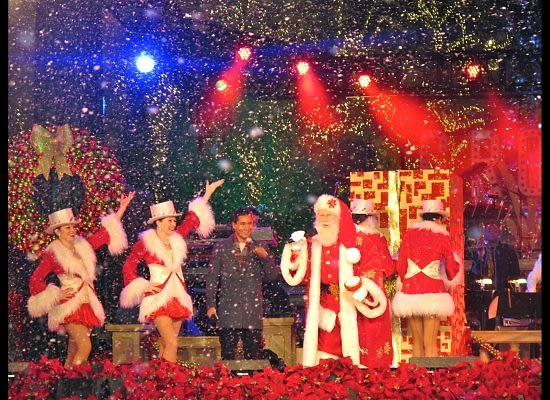 In what has become a yearly tradition, The Grove welcomed Christmas early this year with a star-studded lighting ceremony of their 105-foot-tall Christmas Tree hosted by Mario Lopez. The mid-city shopping mecca was filled to capacity for the holiday festivities. In addition to Il Divo, the night featured performances of holiday classics by Colbie Caillat, Robin Thicke, Sean Kingston, and Gavin DeGraw. And we even got our first "snow", with fake flurries falling from the sky. To close out the evening, a grand finale fireworks show lit up the sky, and freaked out oblivious neighbors at home watching "Dexter." [Mario Lopez on stage photo via]

If you missed last night's festivities, more faux snow is scheduled to sprinkle The Grove each night through December at 7 and 8pm. Unfortunately last night was your only opportunity to catch fireworks, but enjoy these photos people at the ceremony and surrounding areas tweeted capturing the sparkly bursts...