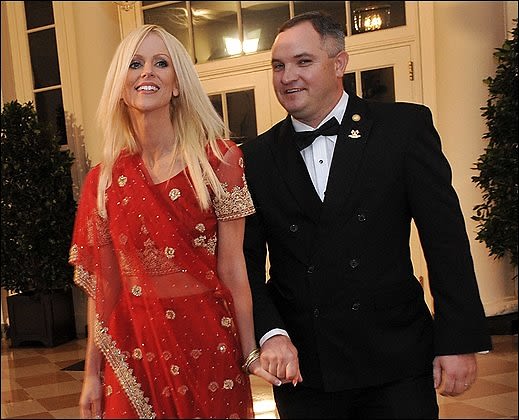 [Michaele Salahi, Tareq Salahi via] Here in L.A., despite how much we don't want to admit it, this town tends to not only embrace but actually breed tacky people and their tacky behavior. Of course this doesn't apply to all Angelenos but if L.A.-based shows like "Million Dollar Listing", "The World According To Paris", and anything "Kardashian" were a direct representation, everyone here would have bedazzled cell phone cases, take out second mortgages in order to take two-week vacays to Maui and have personal healers, but the truth is only some of us do. My point is, the move from Virgina to Beverly Hills makes perfect sense for D.C.'s shamed social pariahs, Michaele and Tareq Salahi, also known as those freaks who crashed the White House state dinner and hosted half-assed polo matches on vineyards they pretended to own on "Real Housewives of D.C."  If any place is willing to tolerate that level of gauche they've managed to hone, it's LaLaLand. They've already secured a house in the preferred 90210 zip code but they're going to need step it up their social-climbing game. So, let's get a load of the Coldwater Canyon house they're renting as we give them a crash course in fitting in with the best of L.A.'s wannabes.