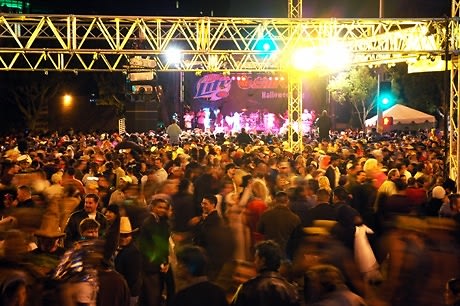 It’s just about that time to make your plans for Halloween! Los Angeles, sprawled and casual to a fault, isn’t inherently evil or scary: you can’t march down to a forest to see the Jersey Devil or to the ocean to see the Loch Ness Monster. Instead, we could wander down Rodeo Drive to catch some mummies newly released from surgery or catch a killer clown lurking on Hollywood Boulevard. Los Angeles has a lot going on…but, not enough for Halloween!That is why we have created your L.A. Cliques' Guide to Halloween 2K10.

At this point, you can still bail on plans or not respond to e-mails to that guy who works down the hall from you: you still can have the night that you want–or, the night for who you always wanted to be! We've broken up the town by clique so you can really decide who you want to be and where you want to go. It’s Halloween: do something different! 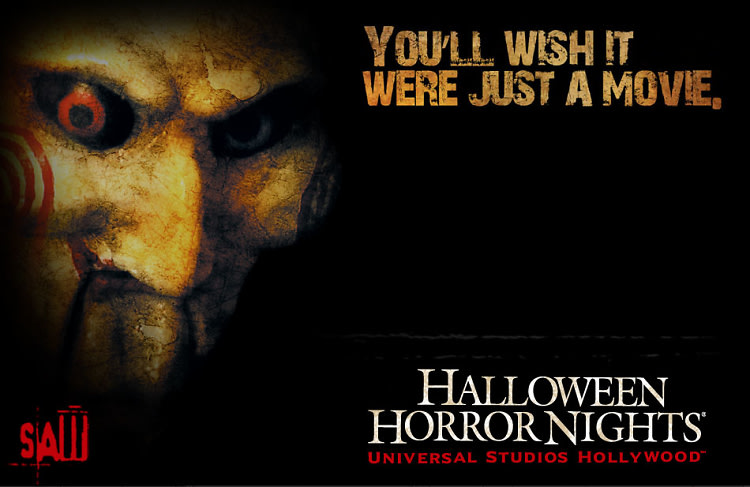 SO, YOU'RE NEW TO THE CITY?

Being new to the city requires a few "must do" things in Los Angeles: you have to do all the commercial, sometimes silly, "Yeah, I did that my first year here" Halloween things. And, where else would you turn to for scares other than the movie studio that brings you the biggest ones? So, of course, you have to go to Universal Studios Halloween Horror Nights to kick your time in L.A. off right. And, if you've gone to Universal Studios, chances are you will have drunk the Kool-Aid and will want to see a movie on October 29th…of course, I am referring to the one, the only, SAW 3D: THE TRAPS COME ALIVE!!!! For partying, you know you're heading to Les Deux's Night of Rising Spirits. You’re destined to be the coolest guy there, with the most unique costume: The Situation (which I am sure you got quite a kick out of when you went to Big Bear Lake and Torrance's Oktoberfests because, like, you'd go there). 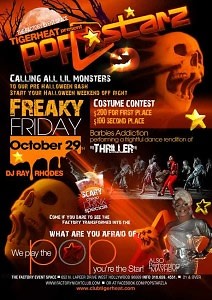 SO, YOU'RE A WEST HOLLYWOOD BOY?

Kicking off the weekend on Thursday, October 28, you're going to see the The Wiltern's celebrity tribute to The Rocky Horror Picture Show! After, you'll be up late at Avalon's Tigerheat with Los Angeles' hottest

A special Popstarz on Friday will officially have you ringing in the weekend right. You'll dance all night to Lady Gaga, Katy Perry, and–probably–Elvira, Mistress of the Dark

Saturday, you'll go to the Eastside for a night out: you'll hit Casita del Campo for haunted margaritas and Mexican and make your way to the town's best, Akbar, with the coolest ghouls in town

Sunday, October 31, is what you've waited your entire year for: The West Hollywood Halloween Carnaval. (Which--depending on where the night takes you--may land you at the super fantastic Palihouse Halloween by Chad Hudson Events.)

But, if you're too partied out and don't want to deal with the hullaballoo of WeHo, then you'll use your back up tickets you've saved to see closing night of The Phantom of the Opera at Pantages.

You will, of course, be a Sexy Lifeguard. (Courtesy of Andrew Christian, of course. I mean, duh.) 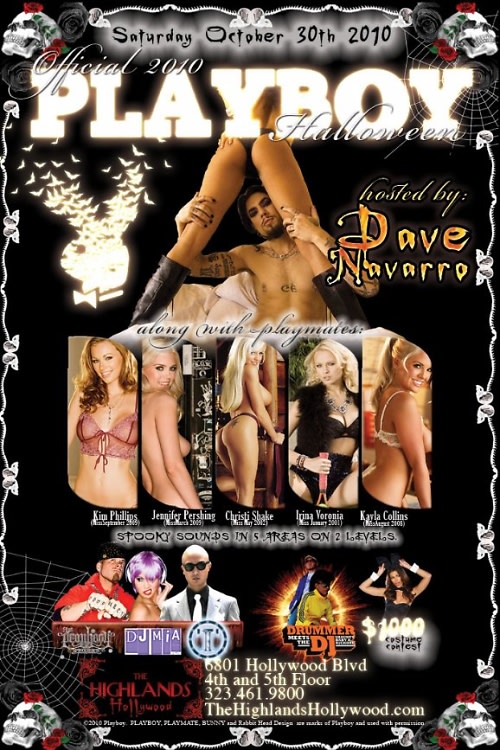 SO, YOU'RE SUPER "HOLLYWOOD"?

You're going to hang with Dave Navarro at Playboy's Naughty Bunny Ball. Or, you may actually just go to the Playboy Mansion itself for Kandy Halloween, the city's self-proclaimed "most sensational, scariest, and sexiest haunted house parties in the nation." If you're feeling music in your bones, you may stop by the soon-to-be-gone House of Blues’ Halloween 2010 or show off how YOU can sing at M Bar's Rockstar Halloween. You'll probably be something sexy from Playmates if you're a girl. And, if you're a dude, you’ll probably be a Laker. Regardless, who else wants my number so we can meet up at H.Wood's Halloween Horror? TOO SHORT: REPRESENT. 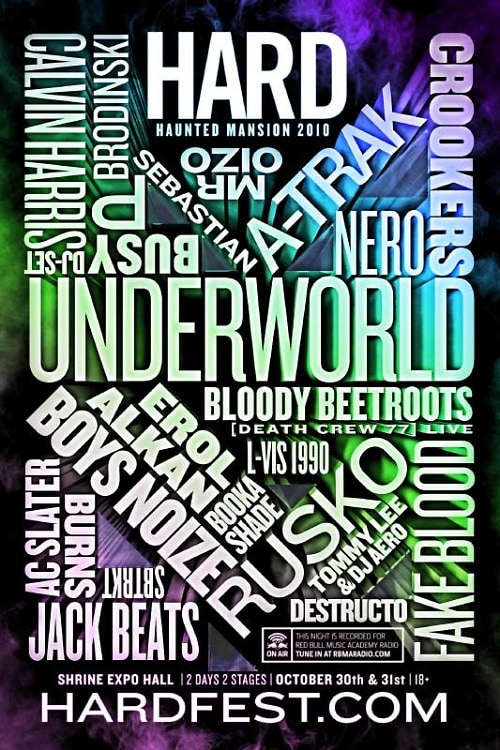 SO, YOU'RE A SILVER LAKE KID?

You, ironic cool kid, you: you know where it's at. First, you're going to hit up the Haunted Hollywood Tour, drunk, as a joke. You might go to some UCB Horror Blah Blah Blah Show on October 30–but, you don’t know, since you're debating if HARD Haunted Mansion would be worth it (it probably won't be). You'll totes check The Lowbrow Tarot Project at La Luz de Jesus (because it's next to Ozzie Dots, y'all, where I got a sweet monocle and mustache so I can be old for Halloween). Actually, this all blows: eff Halloween. You're going to see Of Montreal at The Palladium and then drink at the Cha Cha. Or, just totally catch a bite at Veggie Grill and see The Room at Sunset Laemlle 5. What? 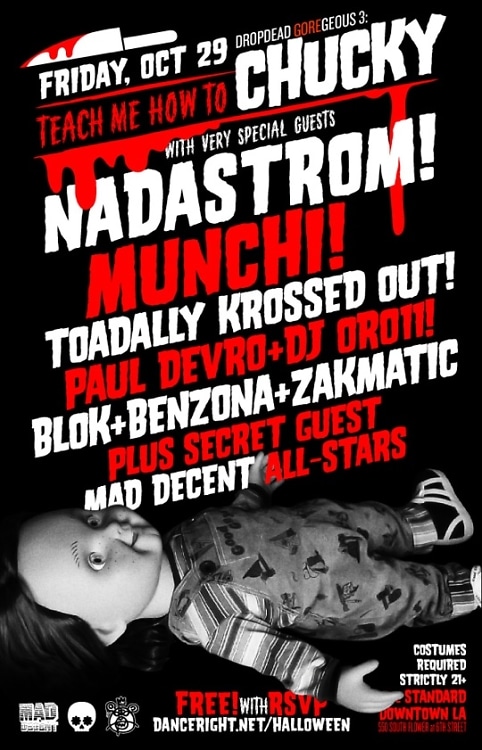 Well, you know where all the good stuff is at. You KNOW to go to Knott's Scary Farm at some point, since it's the scariest attraction. You have a membership to the Magic Castle, so you KNOW you're going there for dinner one night. You KNOW you're going to both Olvera Street and Hollywood Forever's Dia De Los Muertos celebrations. You’re definitely going to Arclight Hollywood to see Paranormal Activity 2, because you KNOW someone who worked on it. But, you know what? You don’t really celebrate Halloween. But, you KNOW you're going to The Academy of Motion Picture Arts and Sciences' "Monsters In The Movies" night and will, begrudgingly, stop by The Halloween Party by DrinksLA & UTA Young Hollywood (because your parents are pushing you to network more, UGH) before you hit up Mad Decent's Teach Me How To Chucky party because you personally know half of their roster. Saturday night you'll meet up with your sect of born and bred Los Angelites at The Roosevelt's Halloween Party. 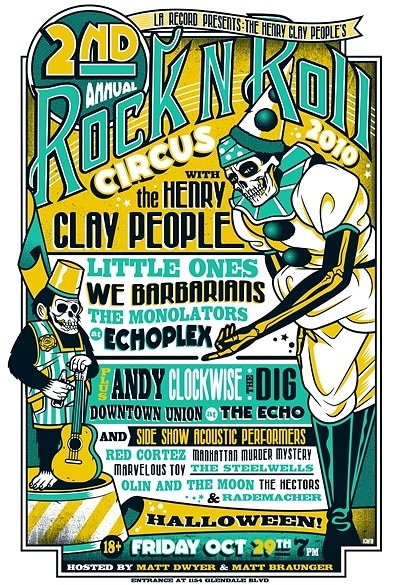 SO, YOU'RE A LOS ANGELES HALLOWEEN FANATIC?

You're going to see Monsters on October 29, at The Arclight (because it's THE Halloween horror movie to see)

You're planning on going to The Echo's Rock and Roll Circus: HALLOWEEN, also on October 29

If you're feeling a little more dancey, you'll mosey over to the Teach Me How To Chucky party downtown.

Your main event is KCRW's Masquerade, which you've saved up a full month to attend, so you can unveil your costume, which you took several weeks to perfect with the kind staff of Adele's of Hollywood. 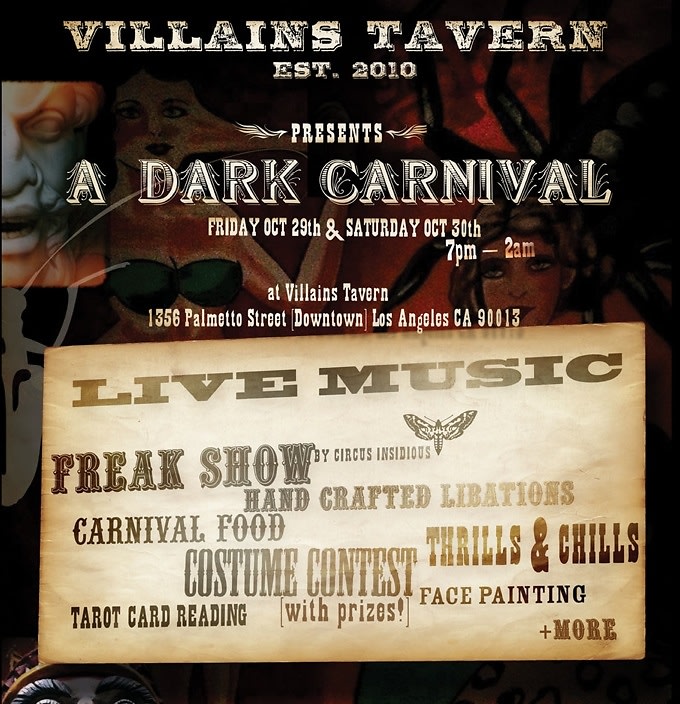 SO, YOU'RE A GUEST OF A GUEST L.A. CONTRIBUTING WRITER?

You've already been to the Haunted Hayride, so that's covered. You've already made your reservations for Nighttime with Dominic Dierkes on Halloween day, so that's covered. You haven't figured out which Halloween horrific movie you want to see at Cinefamily (you're leaning toward October 29th's "100 Most Outrageous Kills"), so that isn't covered. You know you'e going to WWA Gallery's "Horrorwood" show, but you don't know when... so, technically, that's not covered. You love good carnivals and hear Villains Tavern's Dark Carnival is going to be great, so covered there. You know you're going to Goodwill to get matching costumes for you and your dog both the Haute Dog Halloween Parade and Tailwagger's October 30th & 31st Costume Contest, so that is definitely covered (and cute!). But, now, you have to figure out which fabulous event you are going to go to: F.A.M.E.'s Red Carpet Halloween Party at Stone Rose or Skybar's Arabian Nights? Decisions, decisions, decisions!