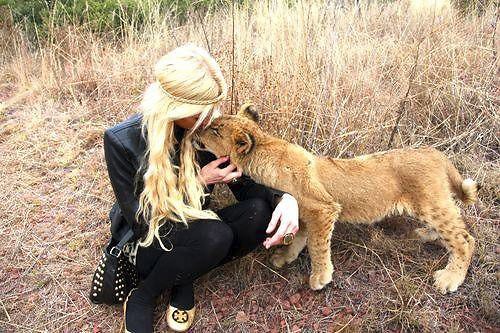 In addition to Batman impersonators, unemployed 'freelancers' who never actually work but somehow live a cushy lifestyle and do lunch at Joan's on the reg, and moms in Range Rovers who wear spandex work-out clothes all day, every day, today we have another one to add to the cast of characters unique to L.A. roaming the streets: the Urban Lion. Not like a cougar, a real life meow meow cat. A gato.  He was spotted this afternoon when some folks in Burbank mistook him for a mountain lion meandering around some parked cars.

See, the thing about mountain lions is they live in the mountains, and this guy was clearly a city-dwelling cat, with the same day-to-day urban quandaries as you and I. In this case, he forgot where he parked his freaking car. What a nightmare. The people who saw him said he disappeared near a hillside as he walked between the cars. We hope he found his, must have thrown his whole day off. It's Friday, Simba, have some Meow Mix and enjoy the weekend. [photo via]