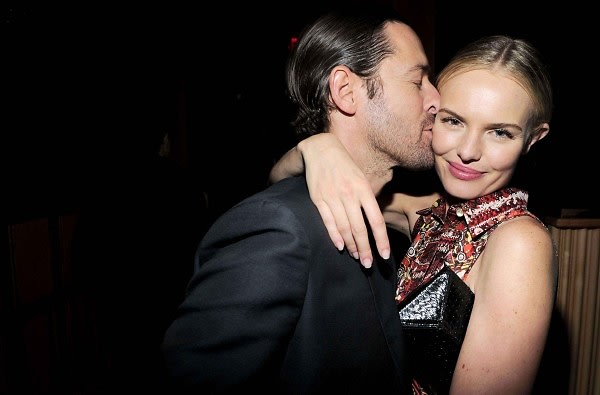 Kate Bosworth officially confirms her engagement to director Michael Polish via Twitter yesterday and graciously includes a photo of herself showing off her new sparkly ring finger rock. [People]

Today New York's highest court will hear the case of Nite Moves, an Albany strip club arguing that, like the ballet and theater, its nude lap dances are a form of performance art and should therefore also be exempt from state taxes. [Daily News]

Does anyone care that a newly-sheared John Mayer and Katy Perry might still be dating since they were seen leaving a romantic dinner at The Little Door late last night...? Bueller? [TMZ]