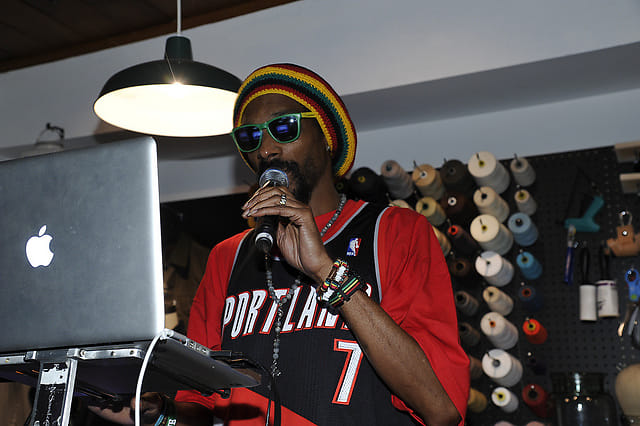 Sometimes, especially in the middle of the week, you really don't want to have people over to your house. But then again, maybe I can only say that because Snoop Dogg has never been a guest at my place. For although it appears that he's been a weekly fixture at the Levi's Haus showroom/event space in West Hollywood since he played a show there in between Coachella weeks, I really can't imagine anyone has a problem with a weekly appearance from Snoop. Especially after reports have The Doggfather keeping the party rocking through a short power outage Tuesday night.