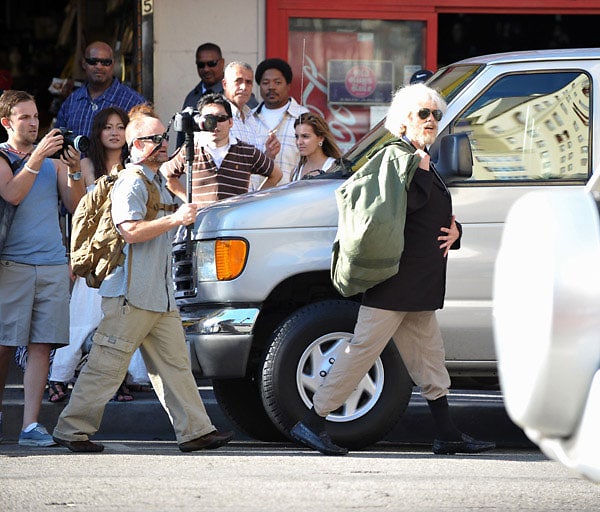 No, that's not a homeless Colonel Sanders, but actually Spencer Pratt crashing the "The Hills" live finale party on Tuesday night in Hollywood. In lieu of his tie-dye T's and magic crystals we love so much, Spencer sported an Albert Einstein 'do, fat suit, and man capris with black socks. Canyousay HAWT?!! 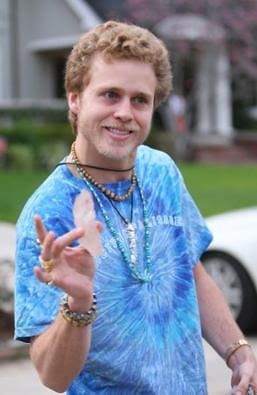 [Photo via] After being denied entrance to the official finale party, our favorite reality TV star did what anyone would do and threw his own shindig on the sidewalk across the street in this enchanting ensemble. Hey, just because you've been labeled a "security threat" doesn't mean you can't still have fun!

As Spencer posed for photos with his party guests on the Hollywood Walk of Fame, he gave an on-camera interview with Perez Hilton saying,

"[Now] you will see the real Spencer Pratt. I'm legally released now to be free in America. Freedom of speech. So you can hear my obnoxious mouth on a whole, grander scale!"

Um, YESSS!!! More please! Seeing as we love us some outlandish Spencer psycho babble and WTF appearances like Tuesday's, this is very exciting news and we can't WAIT to see what he has in store for us. Looks like our wish is coming true... cheers to another cray cray Spencer sighting! 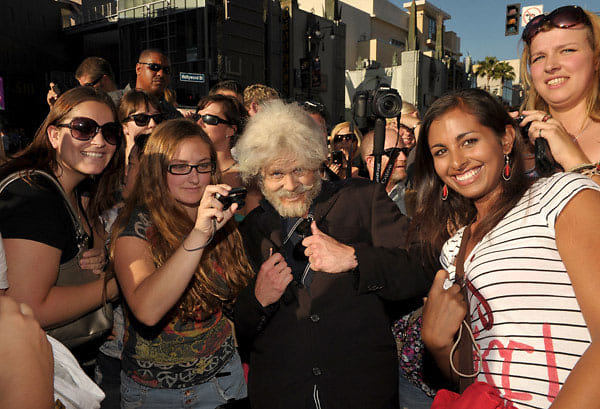 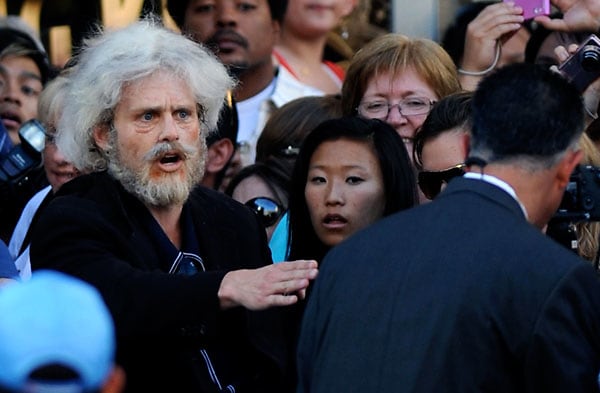