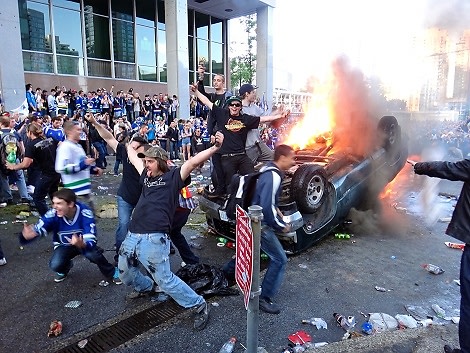 Canada. I guess we really don't know that much about it, do we? Sure, we affectionately think of it as America's Hat, perched happily atop our nation's head. And we speak of it often, as a potential relocation option in case Sarah Palin is ever elected to high office, or as a great place to get served alcohol and get a lap dance when you're 16 (bonjour, Montreal!).

But all of this fondness is predicated on the assumption that our neighbors to the north, with their socialized health care and funny accents, are just somehow a little less absurd than the gun-waving lunatics that populate much of the United States. But based on how the city of Vancouver reacted last night to losing the Stanley Cup Finals, we may want to reevaluate that opinion... 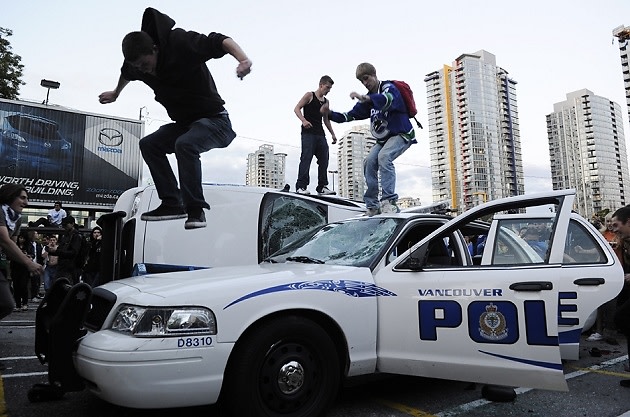 According to reports, the riots, which began on the streets while the Bruins were still hoisting the Cup on center ice at the Rogers Arena (where, by the way, the local crowd in attendance mostly stuck around to politely applaud the champions and loudly boo NHL commissioner Gary Bettman), resulted in 150 injuries, 100 arrests, and at least 15 burned cars. And as you can see, that includes police cars: 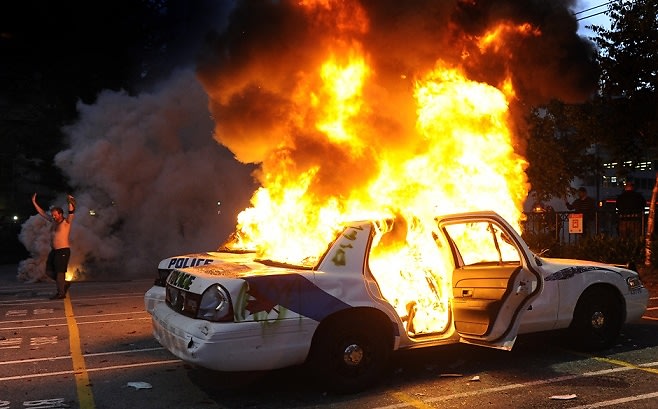 Oh, and this isn't their first rodeo, either: in 1994, after losing another Game 7 to the New York Rangers, a similarly massive riot resulted in 200+ injuries and a rioter getting shot in the head with a policeman's rubber bullet. 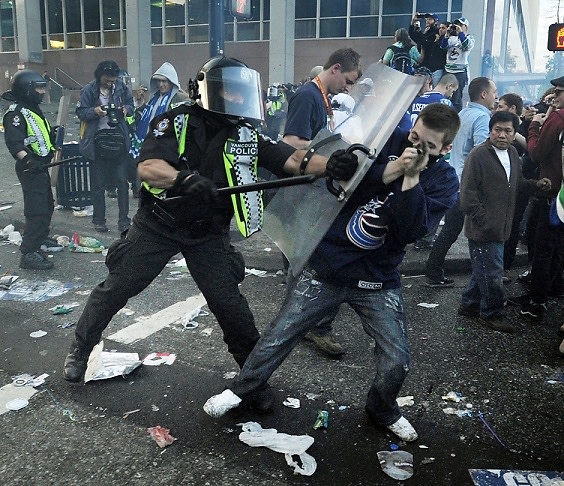 You realize what this means, right? CANADA IS NOW BETTER THAN US AT RIOTING. If that doesn't send chills down your spine, consider that on Sunday, Dallas beat Miami for the NBA title. No riots in either city, although there are large parts of Miami where it would be very hard to tell whether there had recently been a riot or not. Look, the situation in America is pretty grim: double-digit unemployment, a sputtering education system, a new Lady Gaga album. If these conditions can't produce quality rioting, well, I'm out of ideas. 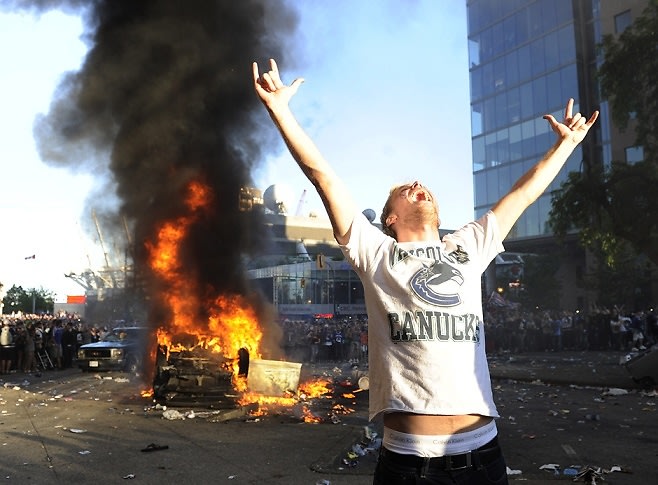 Here's a thought: we move the Buffalo Bills to Toronto (probably going to happen anyway). We find a way to get the Bills to play the Cowboys in the Super Bowl. This will be difficult because both teams are god awful, so we may need to hire some NBA referees to juke it just right. Once this happens, we just stand back and let Tony Romo deploy his natural fumbling abilities, resulting in a Toronto victory. This clears karma for both Canada and the Bills, and the city of Dallas gets a chance to reclaim America's rightful crown as North America's premier rioting destination. Well, unless you count Mexico, that place is terrifying right now. 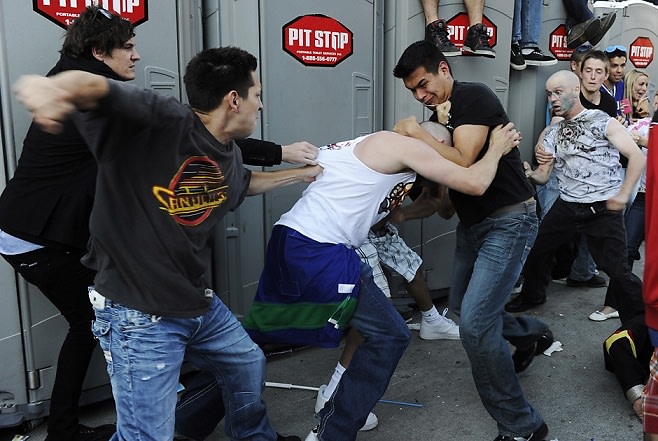 Anyway, Canada, sorry we beat you at the only sport your country cares about. Thanks for the crazy pictures. 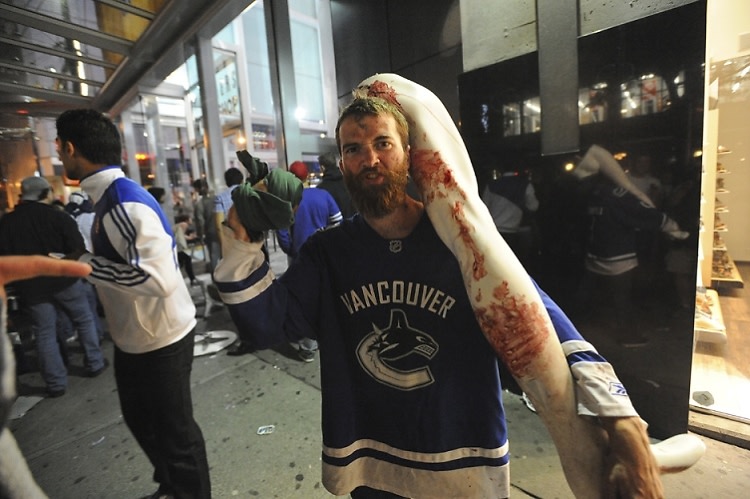 And yes, that is a bloody mannequin leg. America, if we're going to step up our riot game, we have a lot of work to do. 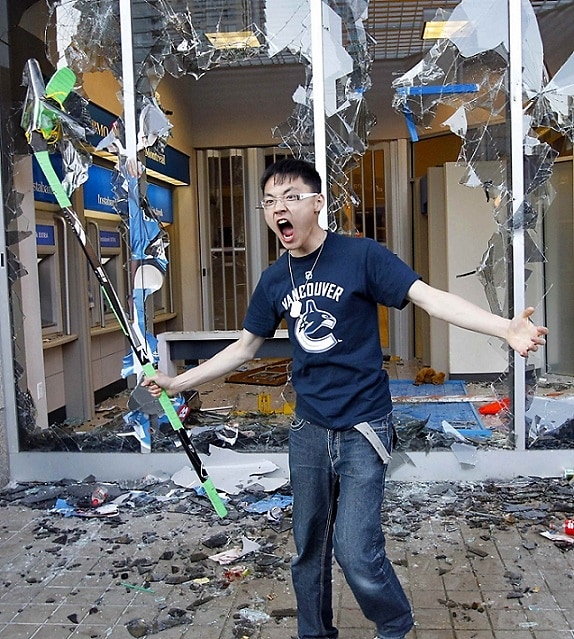