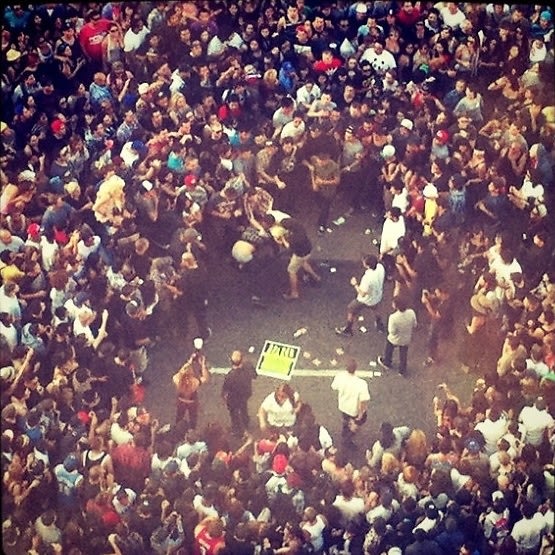 @kaskade Let's see if the magic of social networking will work today. 21 hours ago

Oh it sure did, Kaskade. Because Anthony Weiner, Charlie Sheen and the Morgan Freeman death hoax were not enough to prove the power of social networking, yesterday the famous DJ tweeted the following to his 90,000+ Twitter followers to test it out for himself:

And then a mob of unruly ravers descended on Hollywood Blvd and started punching each other and jumping on top of cop cars like apes. [photo via @nickwalsh]

Kaskade was heading to Grauman's Chinese Theatre for a screening of Electric Daisy Carnival Experience, a documentary about the rave he performed at and thought he'd throw a little impromptu block party for his fans. Unfortunately, that couldn't happen because, as we saw last month with our northern neighbors after some hockey game, people have no shame in being complete animals in public. Outrage erupted amongst the uncontained sea of humanity as police tried to get a handle over the volatile situation. Surrounding streets were closed to block traffic, beer bottles were hurled, police cruisers were smashed, and of course, of course, some really clever, innovative folks used the opportunity to plank in the middle of the street. On top of getting pelted with "nonlethal beanbags" cops fired into the crowd, I hope someone slapped them.

Is Kaskade to blame? Sure, none of this would have happened if he hadn't invited the Twitterverse to a nonexistent block party in the middle of god damn Hollywood Blvd—as if that 24-hour freakshow patch of town needs more confused, hostile degenerates looking to get radical on someone. But he can't be held accountable for their bad behavior. Dear ravers, what happened to that P.L.U.R. crap you're all about...?

Enjoy these extraordinary photos of the the Hollywood raver riot and feel sad that there are so many savage morons amongst us and that this really happened. 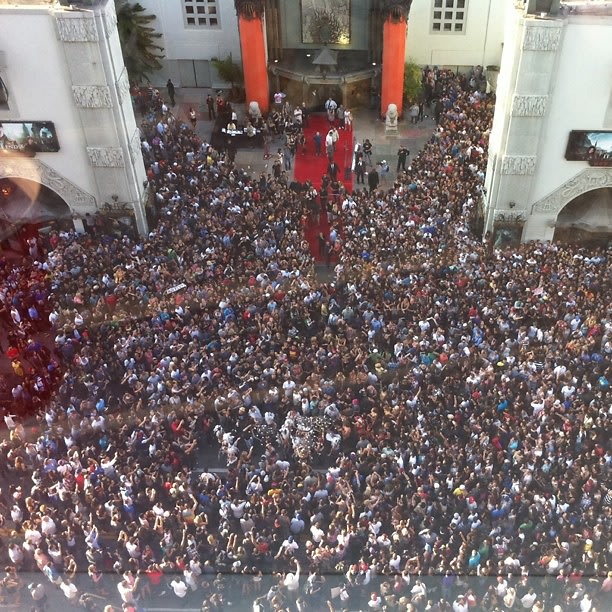 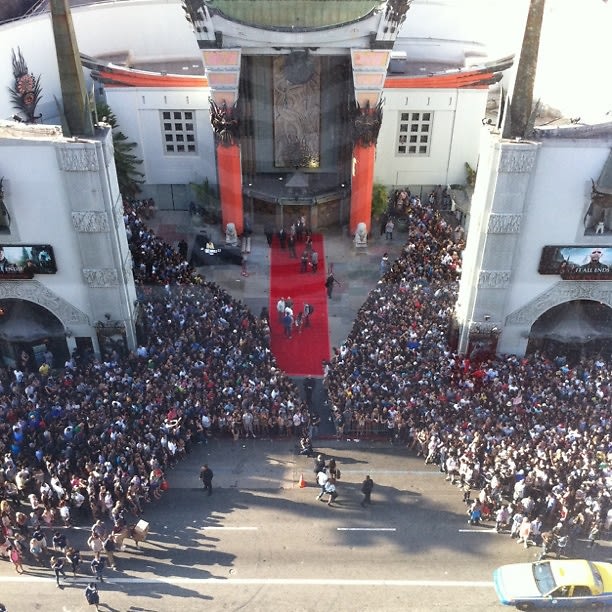 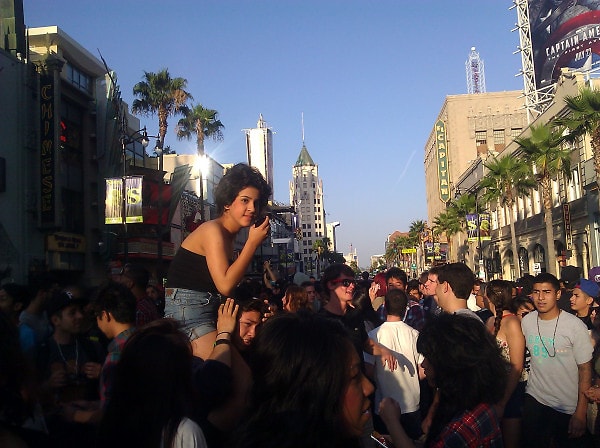 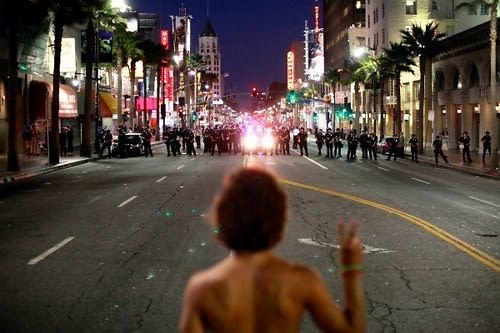 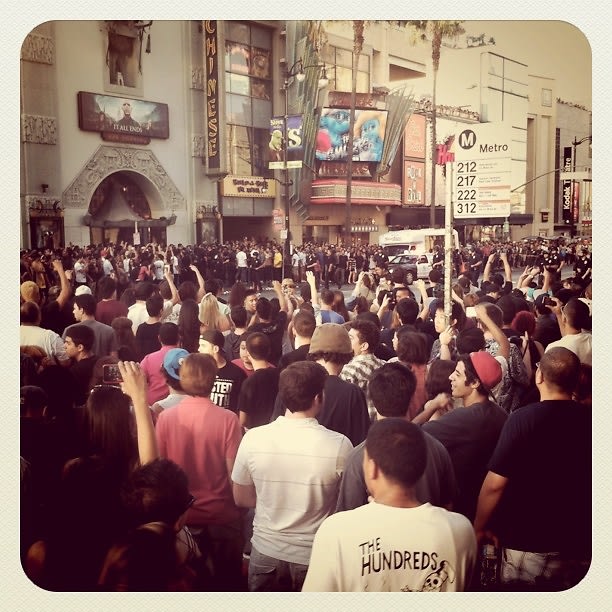 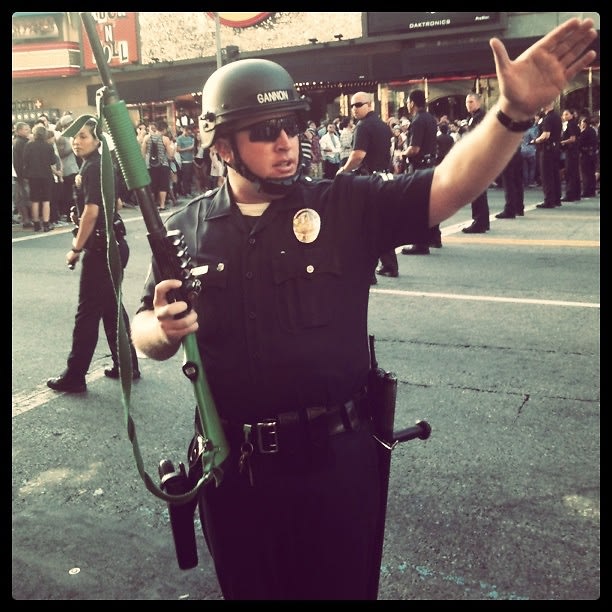 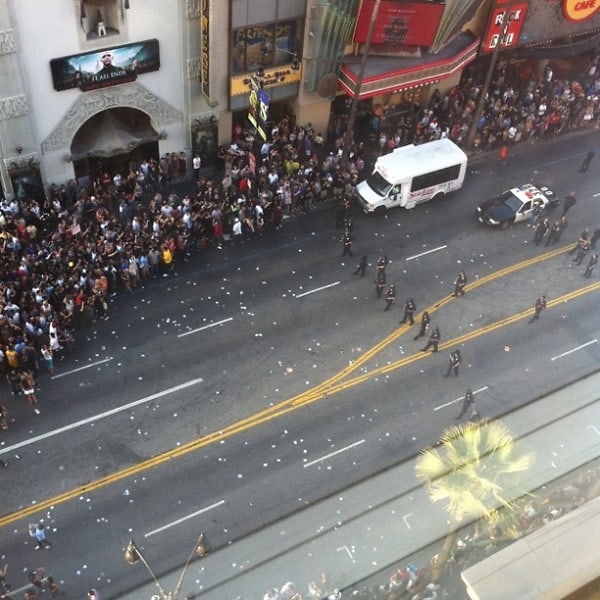