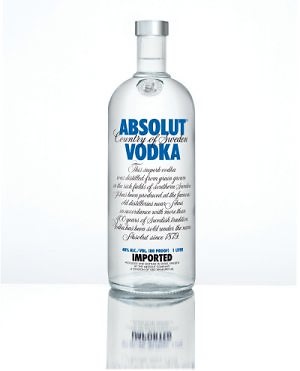 Who hasn't been a bit annoyed at the security measures at airports involving carrying liquids onto a plane? If its a bottle of water that is at issue, a simple chug and toss will do the trick. But sometimes this simply won't work. For example, the 64 year-old man at Nuremberg airport yesterday who tired to carry-on a liter of vodka, and then when stopped decided to drink it...

He must have been thinking his vodka was "water" a la Lindsay Lohan, cause he chugged the whole thing! Or perhaps he just did it to spite the security officers (most people aren't that delusional anyway).

In any event, he could barely stand, and had to be taken to a hospital. Talk about an ambitious guy, even some of the most seasoned drinkers in NYC could barely down a liter and remain standing. And talk about an enormous hangover.