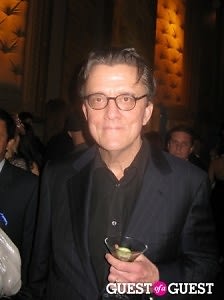 At last night's Moth Ball at Capitale, former New York mag editor and Spy Magazine co-founder Kurt Andersen gave us the skinny on the Adam Moss/Hugo Lindgren rivalry and his outlook on the publishing industry.

As media critics have written, something of a rivalry has arisen between New York's  editor-in-chief Adam Moss and Hugo Lindgren, long Moss's right hand man, who left New York to head Bloomberg Businessweek before winding up this September atop the masthead of The New York Times Magazine, the magazine Adam Moss used to edit. How 'bout them recursive apples? Amidst accusations that the two editors bumped horns and egos, Andersen said he had only been following the tale through the press coverage.

"I've written for the magazine under Hugo and more especially Adam, and as a writer you're not close enough to the inside to know that," Anderson said of the rivalry. But though he wished Lindgren well at The New York Times Magazine, he qualified that squaring off against Moss is certainly not an enviable position.

"I do think that Adam is the most manifestly amazing and skillful weekly editor of our time," he said. "I think he's done an amazing job and continues to do an amazing job. He's meticulous, but that sounds sort of grim and boring. He's really smart, and I would say what drives his meticulousness and everything else that he's good at is he is not complacent. I mean, his champion flaw...he never says like, 'Oh, O.K. I've got this. I figured this out. This is going well. Let's put my feet up and relax.' He doesn't relax, you know?  So, I'm not sure I want to be Adam, but he is an amazing editor, because he is perpetually dissatisfied."

Though he seemed content to trumpet as Moss's supreme acolyte, he tends to stay out of the editorial sphere these days, focusing instead on his public radio program Studio 360, and his writing (both for his new novel and on his popular Twitter feed)

In the mornings he works on his book, a novel he plans to finish for Random House by February. He said the tale is a first-person account from a woman named Karen "some years older than I am and a lot more interesting, and it sort of flips back and forth the present day, near future, and the 1960s."

In order to enter into the role of his protagonist, Andersen said he's done a lot of research and stalking. While at the Aspen Institute of Ideas Festival, he saw and followed Bernadine Dohrn, the former leader of the anti-Vietnam War radical organization Weather Underground:

"My character is not really like Bernadine Dohrn, except that she was of a certain age and briefly involved in radical politics in the 1960s. So I literally stalked her, just watched her."

Given the state of the publishing industry, is he as a writer down-trodden?

"I don't tend toward the grim," he said, "and I know all the issues and problems, but I guess I am convinced that both in my personal experience and an observer, people still love to read not only stories, but long stories. And however the system that's existed as it's existed for a hundred years is obviously in the throes of an adjustment,I am confident that will be adjusted, and we'll figure out ways to get paid. So I'm not like, 'Oh my God the sky is falling.' The sky is certainly doing weird, stormy things, but I don't think it's falling." 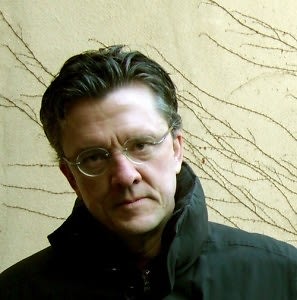 He's been in worse situations, no doubt. For example, for his only Moth story-telling experience he recounted an experience for the night's theme "Going South."

"My story," he said, "was about various traveling experiences going South, especially when I was caught by, sort of waylayed on a road in El Salvador, by guerrillas during the civil war there. But I lived; here I am."