Here is something not often talked about: Men's Magazines can be really embarrassingly idiotic. Like, really, really bad. But here's the sad truth: Women's Magazines are still way worse.-

We compared the December Issues of Esquire Magazine and Glamour Magazine. Here are our surprising, and ultimately depressing, findings.

It's no secret that Women's magazines can be full of vapid, embarrassing content. For instance, this: 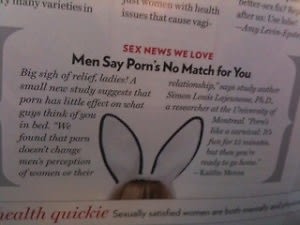 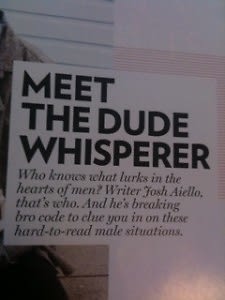 Fearlessly breaking bro code, what a brave thing to do.

And lets not forget this: 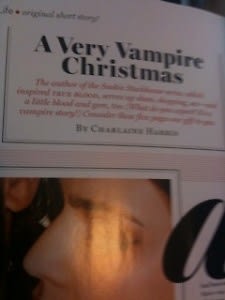 The Atlantic Monthly, this is not.

But here's the surprising thing: men can be JUST as vacuous with their glossy reading material! 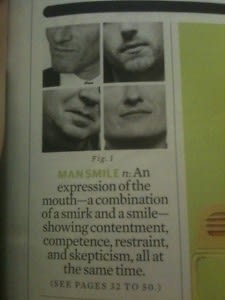 Mansmile? Really? Someone was able to pitch that without losing all dignity? 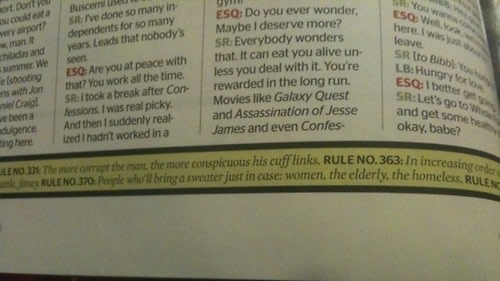 Specifically, rule No. 370, generally, the concept of "Man Rules" in general. 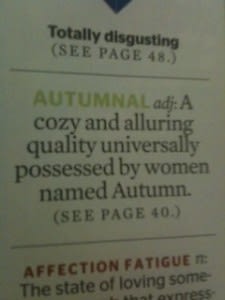 This is, I am sorry, completely retarded.

So now you might be feeling pretty good about gender equality right now: men and women are both amused by really stupid things. But sadly, the parity ends there.

ALL of these articles were dense, significantly longer than their Women's mag equivalents, with way fewer pictures. 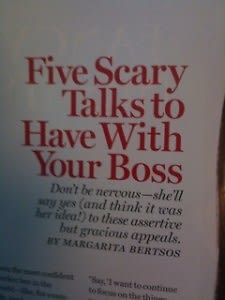 Any attempt at gravitas in Glamour or Cosmo is usually centered around Women's issues. Cosmo's October issue  did an article titled "How Serial Rapists Target Their Victims". The most salubrious piece in this month's Glamour is called "They're Saving Women In War Zones", but it only gets half a page of text; that's four pages less than "A Very Vampire Christmas", and completely pathetic in comparison with Esquire's 8-10 page text-heavy spreads.

While one could make the argument that women read these magazines for escapism, and not serious content, it is still troublesome that gender neutral issues get way more attention in men's magazines. Should women only care about issues pertaining specifically to women, and leave important issues like the Federal Budget and who's in congress to men?

So whereas we really wanted to write an article lambasting Men's magazines (because defining something as a "mansmile" is every bit as irritation as women's magazines referring to certain parts of the female anatomy as "down there"), we're left instead to wonder:

Why aren't women balancing the federal budget right along with learning about five "scary" talks to have with our bosses?