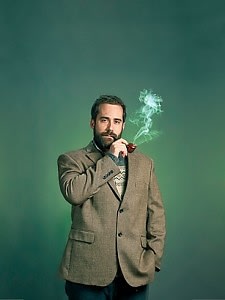 The honor of winning Time Magazine's Person of The Year is one that has gone to notable figures such as world leaders (Barack Obama, George Bush, Vladimir Putin); influential scientists (David Ho); and of course, Mark Zuckerbeg. But this year the poll, which is open to internet voters until Friday (so act fast), took an unexpected turn when Reddit's General Manager, Erik Martin, took the lead.

Martin's page on Time's site makes him out to be a pioneer of the Internet, and it's hard to deny that Reddit, under Martin's direction, pulls some serious weight on the Internet.

Not everyone is happy with Martin's lead, and Gawker best summed up the discontent:

The current leader is an employee of insufferable geek fortress Reddit, propelled there by the hugely popular message board's mindless horde. Fuck that.

To Martin's defense, he wrote a post on Reddit urging readers to vote for Farhadi instead of for himself, but even if Farhadi can win it all, it's still likely that Martin will come in 2nd.

2nd most influential person in the world? Not so bad...