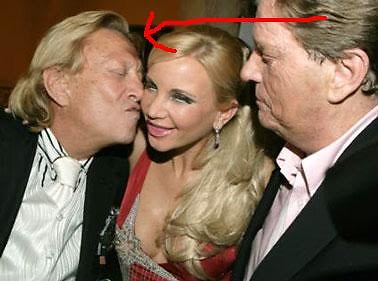 Sometimes when we read about the wars, genocides, nuclear threats, and terrorist's plots happening all around us, we become a little bit concerned about our human race.  Then we see stories like the ones we came across today and become SERIOUSLY distressed about all of our fates.  Leave it to Jezebel, who continues to inform us on life's atrocities to call our attention to the following stories today:

German playboy Rolf Eden (pictured above) has filed charges against a 19 year old girl who refused to sleep with him after a night out.  The complaint? AGEISM!  Apparently after a "night out on the town" with the German equivalent to our Hugh Hefner, the girl refused to have sex with him saying he was too old for her.

"That was shattering. No woman has ever said that to me before," Eden told the German tabloid. "I was crushed." He has filed charges with the prosecutors' office, he said. "After all, there are laws against discrimination." 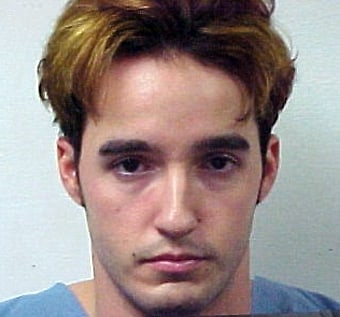 And if you didn't think that guy was creepy enough, here's a guy living within miles of us that left us even more grossed out.  On Monday in Teaneck, NJ a 24 year old man was arrested for having sex with a 92 year old woman CORPSE!!!! EWWWWWWWWW!!!  We think we just vomited in our mouths a little bit.  Anthony Merino, a 24-year-old lab technician, was arrested Sunday after a security guard saw him having sex with a dead 92-year-old woman in the Holy Name Hospital morgue.  His bail has been set at $400,000.  Maybe he was an avid fan of Edgar Allen Poe, the tormented genius who, after his death, had some of the most scandalous tales brought on by his literary executer Rufus Griswald, painting the picture of a necrophiliac among other things.  Many avid readers believe that his poem written after his wife's death titled Annabel Lee was about his necrophiliac-behaviors.  Whether true or not about Poe's obsession with the dead, we can only hope that present day mad man gets some serious help.

This Hallween, let's take the time to remember that many times the ghosts and goublins of the world have nothing on our plain old human-kind which we all share the same genetic makeup with-now THAT is something to be really scared about!