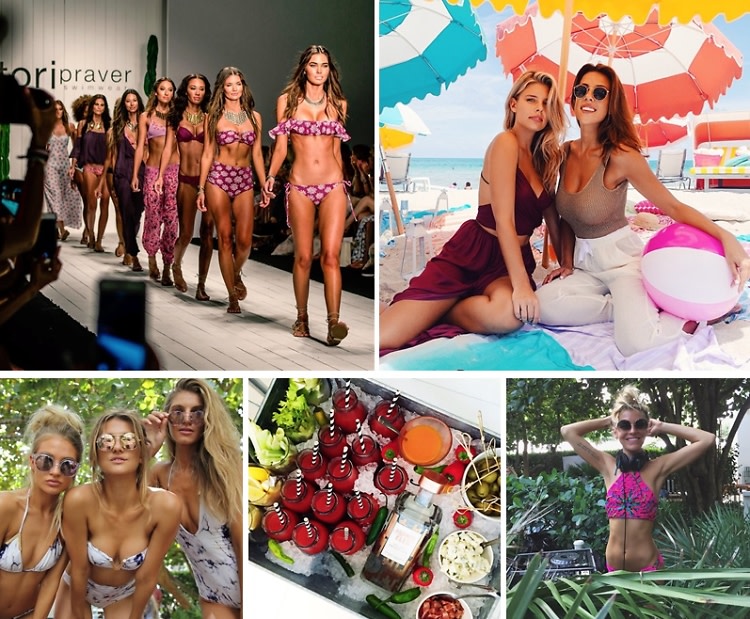 Mercedes-Benz Fashion Week Swim hit its all-time high last July in celebration of its 10th Anniversary. The bar was set for resort 2016 shows, and participating brands and media attendees were looking forward to carrying over the same enthusiasm and momentum to this year. Fast forward to this past May, when IMG announced that “Mercedes-Benz Fashion Week Swim” would be no longer.

The loss of IMG evoked confusion, disorganization, and thoughtless scheduling, and soon enough, brands like We Are Handsome began withdrawing from Swim Week. It wasn't until production companies like Funkshion, LDJ, and sbi, along with veteran brands and seasoned public relations agencies banded together in hopes of salvaging Miami's stake in the fashion game.

For the designers that decided to still present their collections in Miami, losing the official IMG tents once settled behind The Raleigh hotel wasn't such a bad thing. Designers were empowered to be more creative in terms of location and format, like seasoned vet Mara Hoffman who took over Casa Casuarina (the Versace Mansion), or Wildfox Couture who displayed their collection poolside at The Delano - both of whom showed in the IMG tents last July. In addition to new venues, the schedule also filled up with interesting collaborations, like Beach Riot x Minimale Animale x D'BLANC, as well as pop-up shops such as Harper's Bazaar's ShopBAZAAR at Soho Beach House Miami.

So, amid sponsorship drama and all-around uncertainty, Miami Swim Week was reborn and the show did go on. South Beach was once again home to warm weather brands and bikini enthusiasts alike, and Guest of a Guest was there to cover it all right from the front-row. From rooftop parties to poolside presentations, and all the runway show madness in between, click through to view the best pics from the weekend as if you were right there with us.