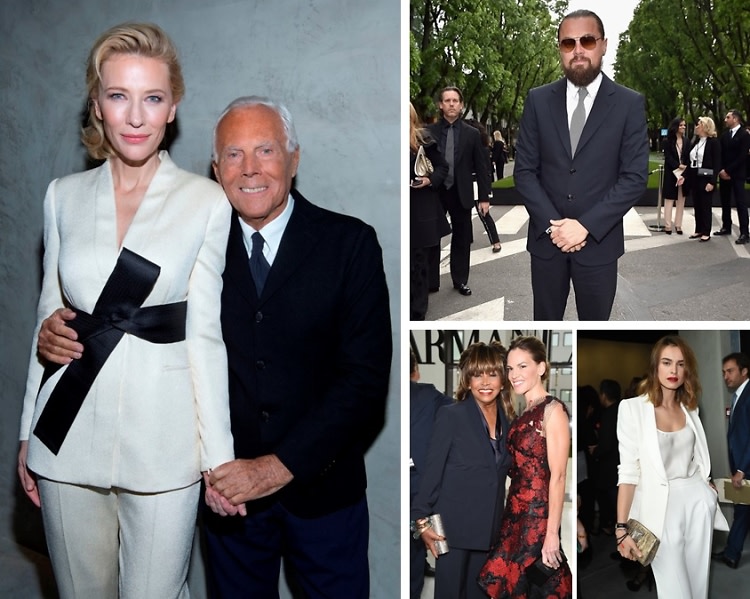 The agelessly glam fashion empire of Giorgio Armani rang in 40 years with a special celebration yesterday at the opening of the designer's new Milan museum, the Armani/Silos. The architectural feat will add yet another notch to Mr. Armani's already impressive belt, which includes not only his numerous collections of course, but also hotels, restaurants, fragrances, makeup, and several collaborations with various cultural establishments. A-List heavy hitters congregated outside the massive concrete atrium to make their way into a special retrospective exhibit paying homage to the design titan's four decades in Italian fashion. Guests then crossed the road over to Armani/Teatro for a massive fashion show and an after-party that lasted into the wee hours. Click through for our favorite best-dressed picks, from an almost unrecognizable bearded Leo DiCaprio to the always perfectly attired Cate Blanchett!