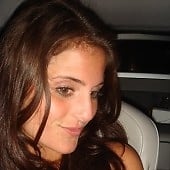 A few days ago, it seemed like the details surrounding PR chick Mallory Montilla's arrest and story were a bit murky.  It had the feeling of a hit job, or one of those mean girl type pranks.  Was the first account of this story to be believed?  Did she really think she was going to get away with a bunch of swag, especially after the PR company called her in July a month before the arrest about the missing stuff?  Or was it some confusion/grudge that spiraled out of control?

Apparently it is true, and Montilla exercised the five finger discount before during her stint as a public relations coordinator at penultimate employer Bergdorf Goodman. Although she was accused of coping close to $13k in designer clothing, she manged to emerge unscathed with a sealed court record, and a new job.  This new job would be her most recent position at Whisper PR where in August she wa accused of bilking $100k in jewelry.  The bling must have been irresistible for her to flirt with disaster again.