EMM Group's 20,000 square foot restaurant isn't opening until the fall, but they're getting a head start on decorating the place by hiring street artist Alec Monopoly to paint the outside of the building.

Alec Monopoly, who was interviewed in the most recent issue of Playboy, has been painting the space on the Bowery since noon on Monday and will finish up sometime later today. Alec uses his street art to speak through the Monopoly man character, and according to his website, his art was

"Initially...fueled by concepts of wealth, excess, and the ingredients of an economic collapse, [and] has since evolved to explore ideas of society and selfhood at large"

If you can't head down to the Bowery to check out this work in progress, you can view some photos of Alec working below! 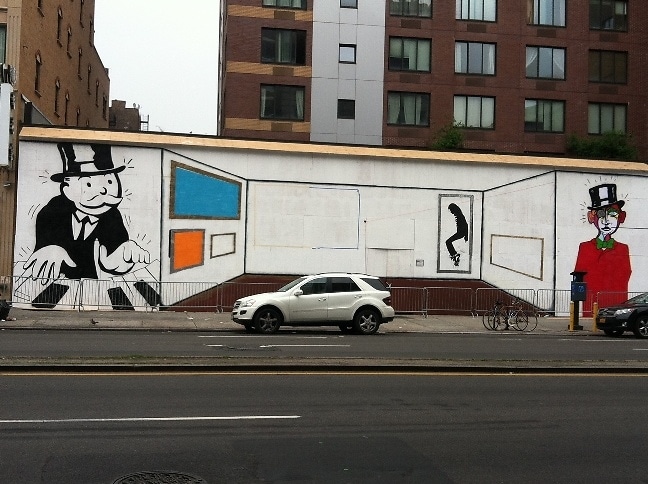 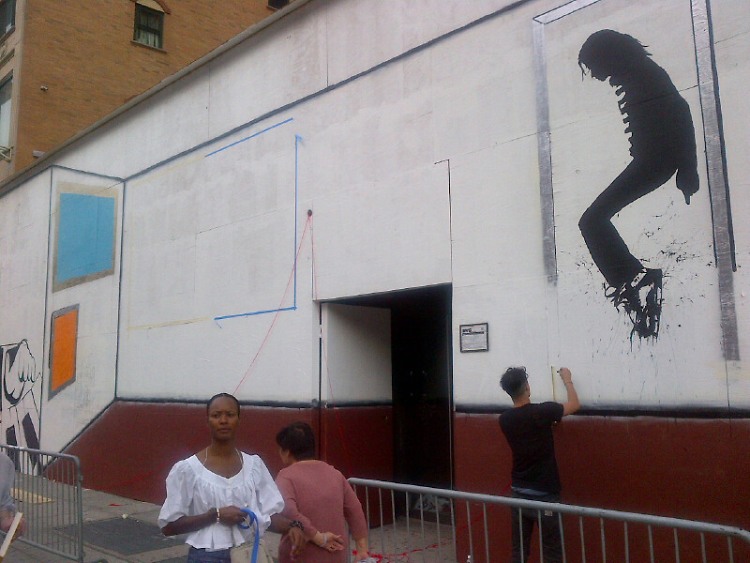 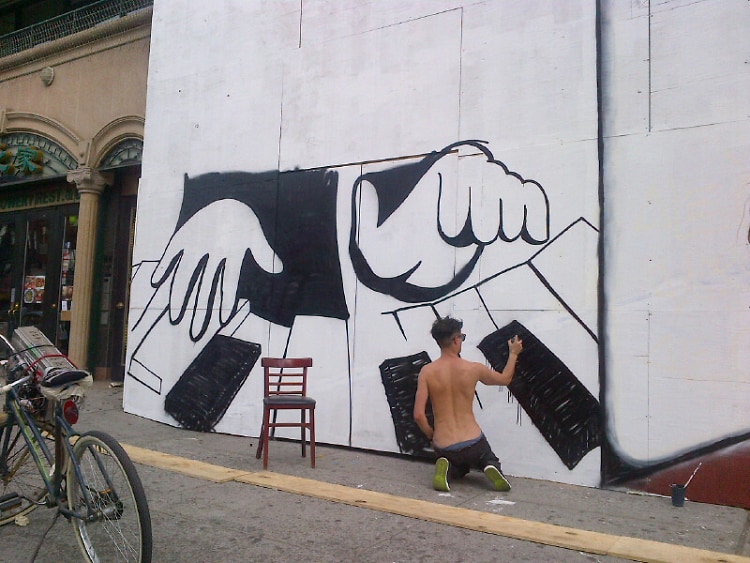 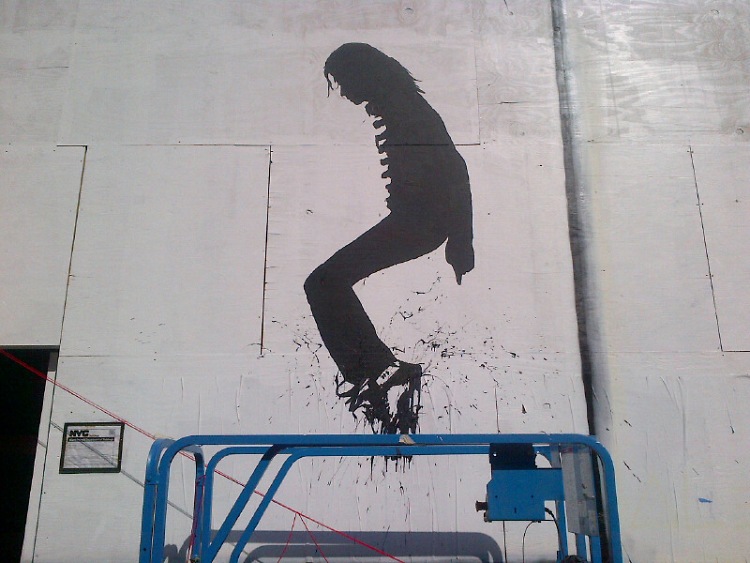