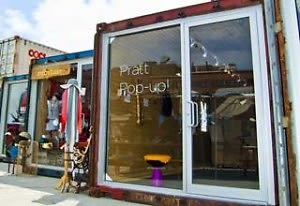 This summer, the Pratt Institute is presenting a season-long marathon of exhibitions, shows, and sales at Brooklyn Dekalb Market. Called Pratt Pop-Up!, this rotating display features works by the Institute's students and alumni, and runs every week from Tuesday through Sunday, 11am-6pm.

In addition to offering visitors some awesome art and designs, Pratt Pop-Up! also provides its students with invaluable experience in operating a gallery space -- the Pop-Up's interior was even constructed by Pratt's industrial design program. Professor Robert Langhorn, who headed the student team, stated:

“We wanted to transform slatwall, the mundane store display material, into an architectural element. Serious attention was paid to every detail and the small space has been executed brilliantly by the team.”

From floor to ceiling, and the artwork in between, this is one creative collaboration worth checking out. 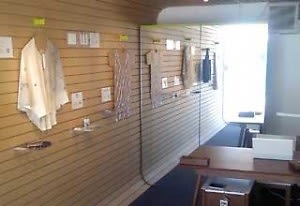 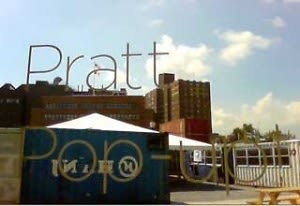