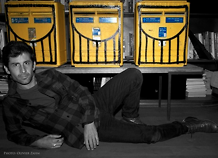 Le Baron wasn’t the only New York opening by nightlife entrepreneur André Saraiva this month. Lil' Andre is also an artist, and his first NYC exhibition, “Love Letters,” opened at Half Gallery last Saturday, luring a crowd of the city’s beautiful and damned at the unusually early hour of 6:00 p.m. The tiny gallery space was packed with fashionable bodies, many speaking foreign languages, commenting on the art, and scanning the well-lit room for faces familiar under darker circumstances.

“Love Letters,” a collection of illustrated love notes and graffiti-ed post office boxes, is an homage not only to romantic correspondence of yesteryear, but to Saraiva’s own checkered past. As a young graffitist, André Saraiva made it his goal to tag every post office box in Paris, a mission that got him in trouble with the law on numerous occasions.

In an interview with New York Magazine, Mr. Saraiva discussed how graffiti played an integral role in his formative years:

Saraiva was born in Sweden to Portuguese parents who then moved to Paris. “I was an outsider,” he says. “I had to fight my way.” He immersed himself in the graffiti scene (he was, he says, beaten by four gendarmes for tagging a train at 13) and became known for his top-hatted, grinning stick-figure tag, Mr. A. He sold his art pieces by the meter and took commissions to spray-paint walls with the names of lovers. 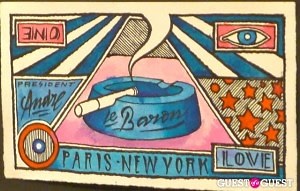 A few of these selfsame post office boxes are on display and available for purchase, though how Mr. Saraiva acquired French government property in the first place was left unexplained. Although the artist was sequestered in a backroom of the gallery for the majority of the opening, I figured that, as a Frenchman tied to the club scene, he’d have to come outside for a cigarette eventually. And he did!

I followed up with the NY Magazine question, asking him if he felt like an outsider when he first came to New York.

“Absolutely not,” he replied, after taking a drag of his cigarette. “Here, it is beautiful to be a stranger. Here, you’re accepted.”

So we rolled out the red carpet for him? “

And how does he equate art with his role as nightlife entrepreneur?

“I never made a difference between the two,” he said. “And even doing places and events, for me, is part of my art. The graffiti first brought me to the night, after all.”

NY Mag further explains this connection between the worlds of art and nightlife:

He also started hosting shows and events with Lionel Bensemoun, the son of a casino owner, with whom he started Le Baron. He branched out from there: parties at the Basel and Frieze art fairs; a partnership in Paris’s Hotel Amour and a restaurant, La Fidélité; collaborations with brands like Belvedere and Louis Vuitton. Now he “curates” Le Bain at André Balazs’s Standard Hotel (Balazs is also a backer of the new Le Baron). He met Paul Sevigny, the D.J. who ran the now-shut Beatrice Inn, through Amy Sacco. He and Sevigny share a birthday, and they’re friends and now (sort of) competitors: Sevigny is a partner in Kenmare and the reopening Don Hill’s. 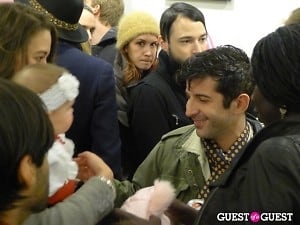 So what inspired Mr. Saraiva in this particular exhibition of letters and letter boxes?

“Because they are disappearing,” he said simply, before a tall, svelte woman with a baby stroller breezed by me to kiss Mr. Saraiva on the cheek.

“Will you be at Le Baron tonight?” she asked.

“Of course,” he answered, winking at the child in the carriage. “Bring the baby, too!”

Love Letters is on display through March 1 at Half Gallery. For more information, go HERE.

For our past interview with Andre, go HERE. 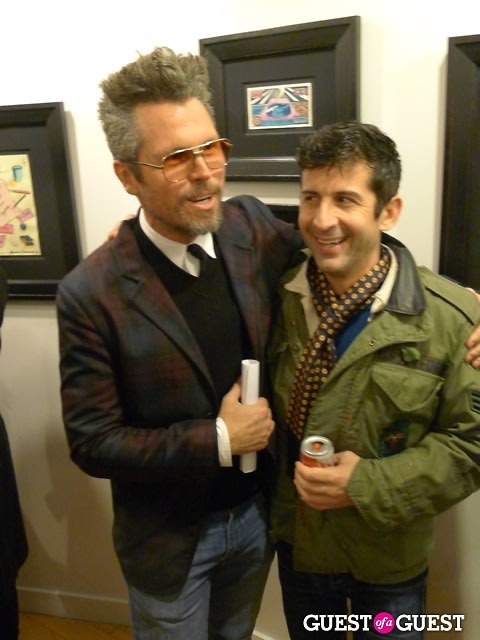 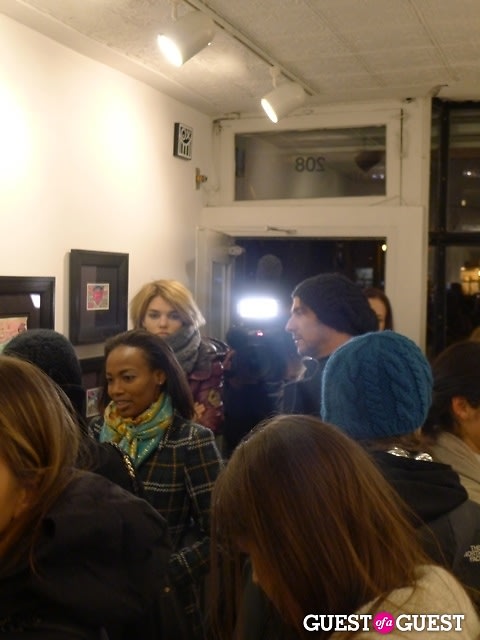