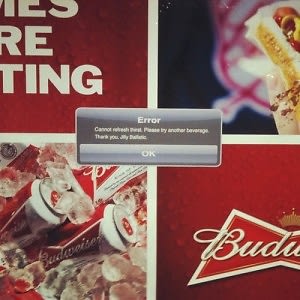 One of the best parts about living in New York City is the opportunity to witness public art on every corner. Whether it’s the high-rise architecture, public monuments or renegade street artists, there is always something to make you take a second look and appreciate NYC’s creative energy. Female artists such as Jenny Holzer and Barbara Kruger appeared in NYC in the 1980’s and created profound public art pieces that raised attention to advertisements, which consumed our everyday lives.

Street artist Jilly Ballistic has followed in their footsteps by creating powerful imagery that force New Yorkers to stop and think before hopping on the subway. From her historical paintings of popular media icons  with WWII face masks on, to covering movie adds with computer error messages on well-known advertisements that read, "The following advertisement force quit unexpectedly. Your mind, money and time will no longer be affected,” Jilly Ballistic has quickly made a name for herself in the NYC art community. 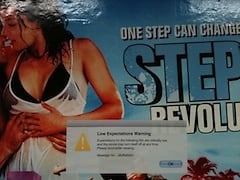 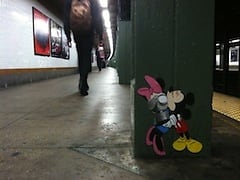 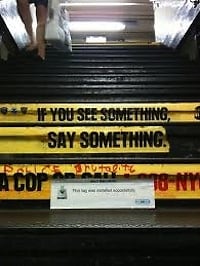 Jilly Ballistic calls herself “New York City’s most well-known unknown street and subway artist” and her about me on Twitter is  “I don’t make pretty pictures”. For the past two years she has been most famous for her disturbing WWII imagery scattered throughout the subway, she aims to make an even bigger statement with her most recent, computer inspired works that use words as well as imagery to make social commentary in a more concise and familiarized way. Her graffiti has created quite a stir with her shocking, satirical computer blurbs that poke fun at advertisements and issues within the media. Next time you are on the subway make sure to keep your eye out for her controversial and thought provoking graffiti. 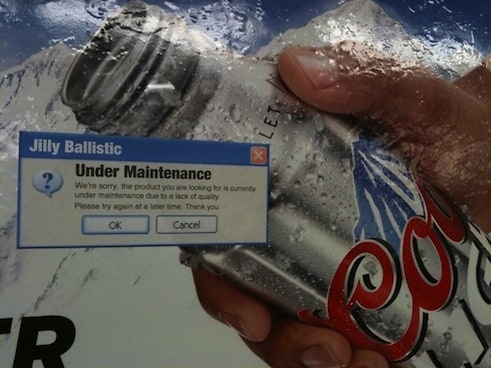 To learn more and view more of her work, check out her Tumblr here!