In the 1990s, Englishman Andrew Wells began a marketing movement to attract patrons to his discount golfing store—he hung brightly colored signs, titled “Golf Sale,” along the posh London thoroughfares. Although eventually banned, the signs became a surprising symbol of consumer rebellion, and quietly caught on in other cities across the world.

And now, Golf Sale comes to New York. But instead of hawking five irons and golf balls, this Sale is an exhibition of art.

“A lot of our artists our from England, or are based there,” said curator Peter Makebish, who began Golf Sale in the midst of Frieze, the mega art fair also imported from London. "The exhibition plays off this idea of a basement sale, but elevates it to fine art."

Golf Sale is a group exhibition of four international artists who were previously unrepresented in New York City: Francesca Anfossi, Michael Brown, Nicola Pecoraro, and Ben Sansbury. Their mediums range from photographs, to sculptures, to prints, to collages. But it’s this artistic diversity that Makebish found attractive.

"These pieces by Nicola Pecoraro really opened my mind about photography," said Makebish. "They can’t be replicated, and the process in creating them--applying solvents and bleach--took real artistry. They look more like paintings than photographs.” 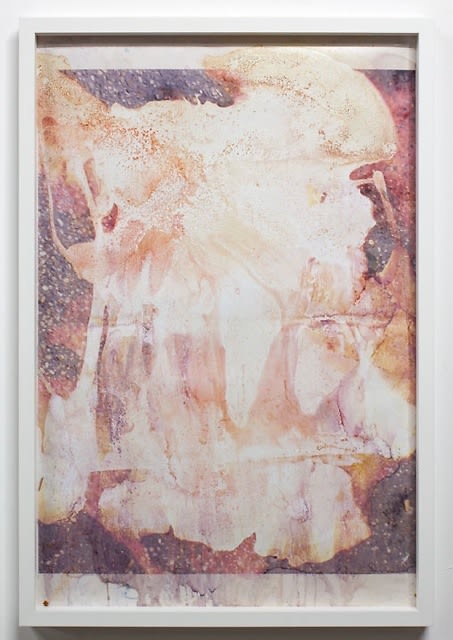 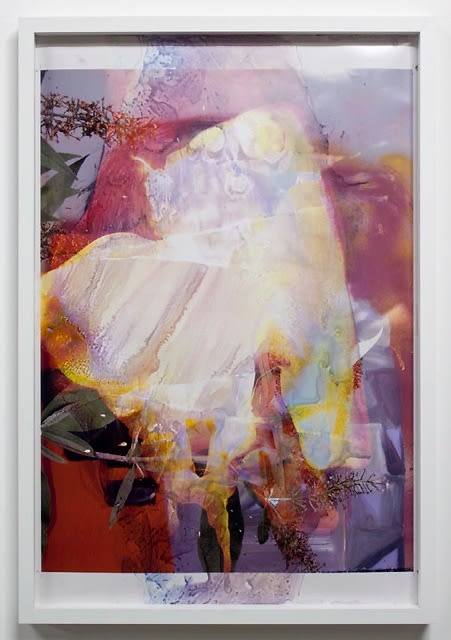 Other than versatility, Golf Sale is about reflection—in more ways than one. A cracked mirror hangs in a prominent place by the entrance, a stainless steel sculpture by Michael Brown that refracts the image of the gallery and its patrons. Adjacent, two prints by Francesca Anfossi create the mirror image of a blue dreamscape, while those bleach-treated photographs by Nicola Pecoraro engage in similar conversation.

Coincidentally, Mr. Makebish is a twin. “Though we don’t look very much alike,” he admitted, pulling out a picture of himself and his brother, side by side. 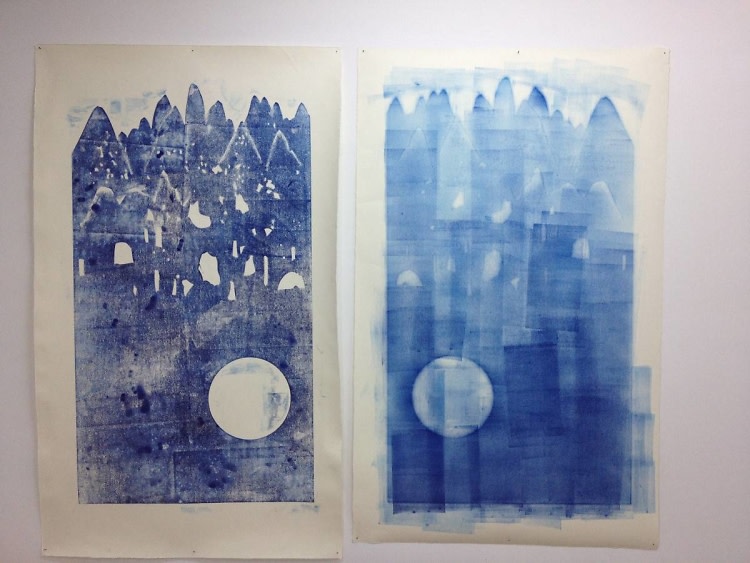 The exhibition is located in the Bowery Hotel. Or it’s basement, anyway. The space, which is unnamed, is somewhat of a secret, and can be accessed by an unassuming entrance on the hotel’s side. The only clues to its existence are the hours painted on the door: “11-6.”

“The gallery mirrors the exhibition they made upstairs,” said Makebish. “It’s important for hotels to have art. And not just in the lobby. The Bowery Hotel, in particular, has become a creative mecca in New York, and an art gallery seems like a natural extension. I owe a lot of thanks to [owners] Eric Goode, Richard Born, and Sean MacPherson for believing in that, and supporting this project.”

Hours are Wednesday to Sunday, 11-6pm, or by appointment.

For our previous interview with Peter Makebish, go HERE. 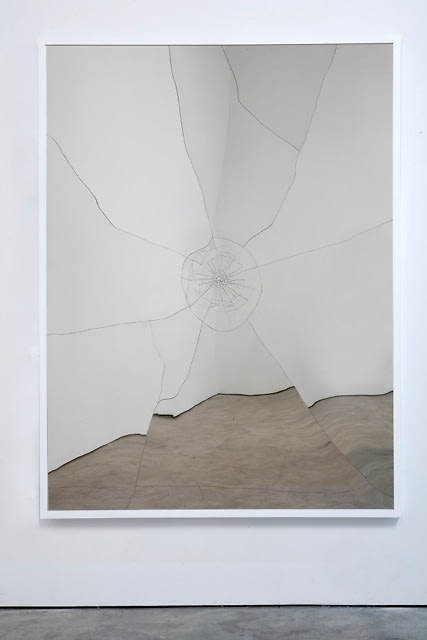 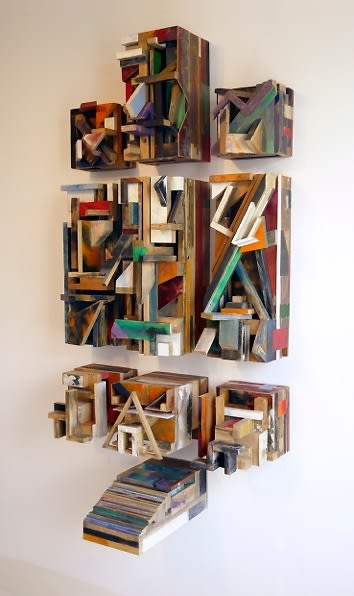