The British are coming! Frieze Art Fair, the crown jewel of London's art scene, invades New York City next weekend, May 4-7. And it promises to be quite the spectacle -- over 180 international contemporary galleries will display their art treasures, including the notoriously coy Gagosian Gallery.

The location of this glamorous fair? Randall's Island, an oft-forgotten sliver off Manhattan's coast that once housed an orphanage, a mental asylum, a graveyard for the poor, and Cirque du Soleil.

But it was precisely this strange history and location that attracted co-founder Amanda Sharp. "It's a little out of the way," Ms. Sharp said at a press event earlier this week. "But the point is to get people outside of their comfort zones... to have an adventure." 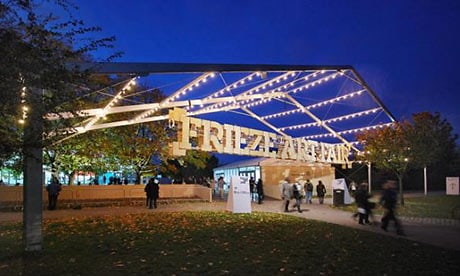 Half the adventure will be the journey to the island. Apart from select VIPs offered BMW car service, the routes are by taxi, a shuttle bus from the 125th Street (4, 5, 6) subway station, or (the recommended way) by sea. An entertaining 20 minute ferry ride from East 35th Street allows visitors a unique port of entry.

The majority of the art will be housed in a massive white tent, which is speculated to be one of the largest free-standing tents in the world. Designed by New York-based SO-IL architects, it curves like an albino serpent across the length of the island. It even has its own twitter account. An outdoor Sculpture Park--including works by Christoph Büchel, Ernesto Neto, Tomás Saraceno, Katja Strunz and Cerith Wyn Evans --will line the perimeter, beckoning seafarers like Furies of yore. 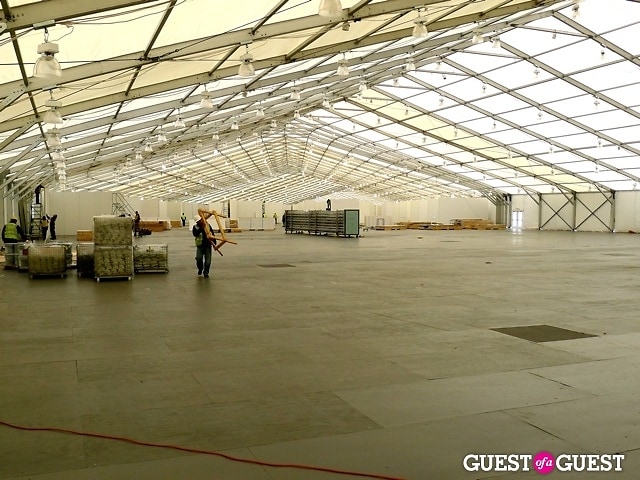 Don't worry about packing a lunch, though. Local New York restaurants will have satellite locations for the fair's duration, including Frankies Spuntino, Sant Ambroeus, The Fat Radish, Roberta’s, The Standard Biergarten, and Intelligentsia Coffee.

Frieze is highly anticipated in the art world, but many worry it could outshine America's own art fairs. Katherine Clarke, for Wall Street Journal, reports:

Despite Frieze's slightly out-of-the-way location on Randall's Island, off the east side of Manhattan, many dealers speculate that it is poised to become the preeminent event—not just in New York City, where the calendar has become littered with art fairs—but for the entire contemporary art market in America.

Is Frieze the fairest in the land? Ferry over May 4-7, and find out. 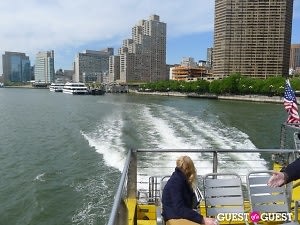 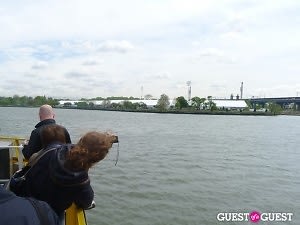