Deity is a new club, and instead of the conspicuous lights, velvet ropes and burly bouncers of so many night spots, Deity's facade is more like a breath of gothic fresh air in downtown Brooklyn.

Open since February, Deity, which is actually housed in the shell of what used to be a house of worship, (ala Limelight) is finding its stride and putting on a weekly party called Bi-Polar.

When I paid a visit I was happy to bob my head to the point of almost snapping my neck to many of the golden age of hip-hop classics that made my adolescent years so sweet. I don't usually get too star struck, but I had to tell Muhammad that his beats and rhymes about life made my maraud through the pitfalls of adolescence a little more like a love movement scenario.

Bi-polar happens every Thursday so get a hold and your crew, keep it moving to make your 8 million stories and ya'll can kick it for a bit of youthful expression at Deity. 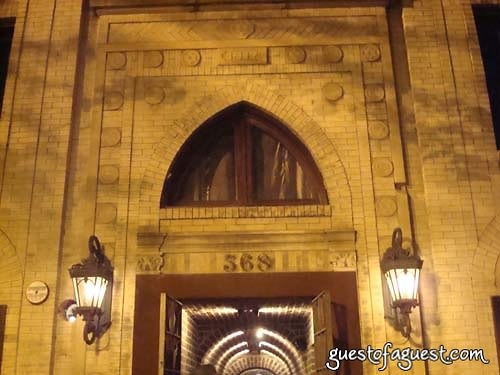